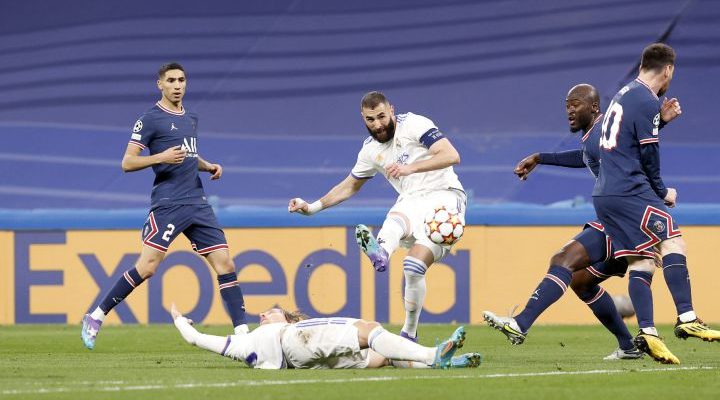 Karim Benzema scored a hat-trick in the second half to promote Real Madrid’s impressive return and exit Paris Saint-Germain on a spectacular night at Santiago Bernabéu.

The issue was whether Kylian Mbappé would play in the pre-match after the 23-year-old suffered a hamstring injury on Monday but the striker was approved and appeared to put the game on PSG in the 39th minute.

Neymar’s first pass from Mbappé before he could enter the box and beat Thibaut Courtois in the immediate area with a powerful right-footed finish.

The French gold boy was the subject of the first three-quarters of the game but it was his international team that would write the final chapter.

First, the Frenchman blocked Gianluigi Donnarumma forcing the goalkeeper to remove the ball from Vinícius Junior, who then played the ball after the 34-year-old drove home.

Benzema then measured the tie in the 76th minute with a clinical finish from eight yards after Luke Modrić’s impressive splitting of the ball following a midfield run from Croatia.

The home side had not stopped congratulating the equalizer when they found themselves ahead for the first time.

Marquinhos, under pressure from Vinícius, headed in the opposite direction and Benzema reacted first to the bottom corner with an emotional finish for the first time.

The return was completed as Real Madrid and Benzema passed away as PSG exited the last-16 stage for the first time in 2019.