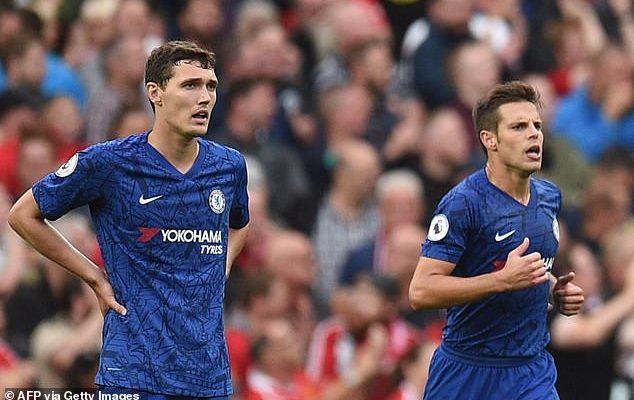 The UK government’s decision to impose sanctions on Roman Abramovich and suspend his assets has created a major crisis for Chelsea. The Russian is still the owner of the club, despite his intention to sell, so the daily work of the Blues will have a huge impact on the days to come, weeks and even months.

Of the many negative implications for Chelsea for the suspension of Abramovich’s assets, one of the biggest problems in sport is that the club is unable to sign new players or negotiate new contracts while sanctions continue.

If sanctions are still in place during the summer transfer window, that will be a big problem for Chelsea when it comes to defense, as Cesar Azpilicueta, Andreas Christensen, and Antonio Rudiger have all lost their contracts.

The three players now have to leave, even if they want to stay, which is good news for Barcelona.

A few weeks ago, Barcelona were working hard to convince Christensen to come to Camp Nou when his Chelsea contract expires. There was already hope of his arrival at the Catalan club, but now there will be more.

As for Azpilicueta, he is a player Barcelona would love to sign, but his future lies in the air.

There is still a good chance the 32-year-old Spanish midfielder will be staying at Stamford Bridge, but that may not happen and this could lead to Barcelona.

The sanctions and Azpilicueta’s contract clause

It is believed Chelsea have one option to sign Azpilicueta for a one-year extension, but sanctions now make the issue even more difficult.

As this situation has probably never been seen before, it is unclear whether the ban on giving players new contracts will apply in the case of an experienced defender, or if the extension of the contract extension for the year means you are committed to the club beyond this summer in terms of the policy. and, therefore, they are allowed to remain.

The details of Chelsea’s sanctions will be clear in the coming days, but they could see all three of Christensen, Azpilicueta, and Rudiger forced to leave this summer, with the first two of those defenders likely to arrive in Catalonia.