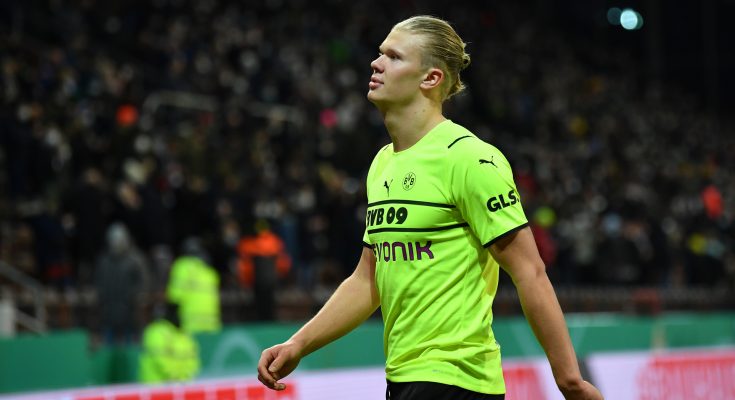 Erling Haaland is in a good position to be able to choose his next move. The Borussia Dortmund star is wanted by Manchester City, Real Madrid, and everyone else at the moment, with Barcelona in third place in the race to sign him next summer.

The Catalans will do everything in their power to persuade the 21-year-old to come to Camp Nou and wish to avoid seeing both Haaland and Kylian Mbappe arrive at Real Madrid.

Haaland wants to be a part of football history and believes his next move should be to the club that will allow him to compete for the Ballon d’Or in the right way. It has become his passion, and he has made that clear to Mino Raiola, his agent.

Raiola and the athlete’s father have for a year now been chatting with major European clubs, visiting the gym, asking about the role he will play in each other, and trying to find out more about each project on the continent. So far, Manchester City and Real Madrid are at the top of the list.

Some of the meetings were not reported and quiet, but that by Joan Laporta caused quite a stir, as Barcelona fans were overjoyed last year when representatives of the player arrived in Catalonia for talks.

Haaland wants to be an important player wherever he goes, but he has no problem playing with another big name in the attack. He knows that working with Mbappe at Real Madrid could help him in his pursuit of the Ballon d’Or.

Real Madrid believes his signing is possible, although the most important thing now is Mbappe and make sure he does not renew in Paris Saint-Germain.