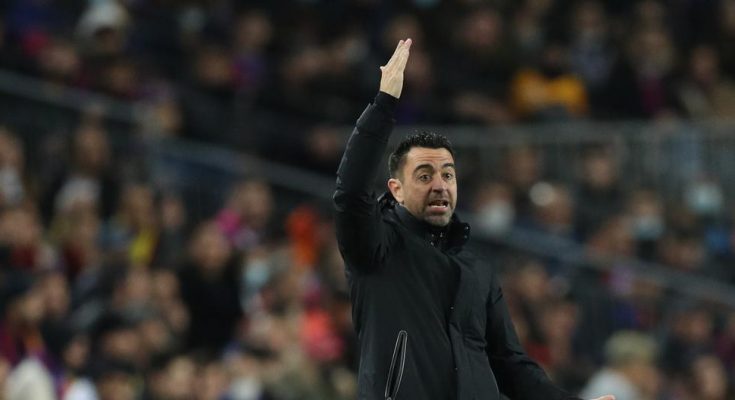 Xavi insisted his side must remain humble after their goalless home draw with Galatasaray on Thursday in the first leg of the Europa League’s last-16.

Barcelona held the reins but failed to demolish Galatasaray, who are currently 12th in the Turkish Super Lig.

Having won the UEFA Champions League three times as a player, Xavi has shown that his team must be mentally strong, despite being better than both teams. This comes amidst the unusual situation for Barcelona to play in a second division European club competition, after being knocked out of the Champions League earlier this season.

“I have already said that this is Europe and the teams are right here. This [Europa League] is a tough, complex tournament and we must continue to work hard, and humbly,” he said.

“We were better than Galatasaray, the result was not good and maybe not bad.

Xavi, who this week spent three months with the Catalan bulls, was unhappy with the first round. Barcelona held 66.9 percent in the first 45 minutes, but had as many shots as their opponents in the penalty area, two and a half.

Some of Pierre-Emerick Aubameyang et Luuk de Jong’s submissions failed to break the ice, but the threat posed by Barcelona in the second half was still very encouraging for the 42-year-old.

“It’s not a good result, playing at home and dominating the game that way. It’s true that we haven’t reached the latest levels,” he said. “We were a little crowded, especially in the first half, but we got better in the second. We produced a lot.

“We need to attack better and be clearer with the final ball … Galatasaray was amazing, it didn’t let us finish the stages. It’s a shame because we produced less money than other games but did enough to win this game.”

Barcelona will host Osasuna on Sunday in LaLiga, before visiting Istanbul in the second leg against Galatasaray next Thursday.