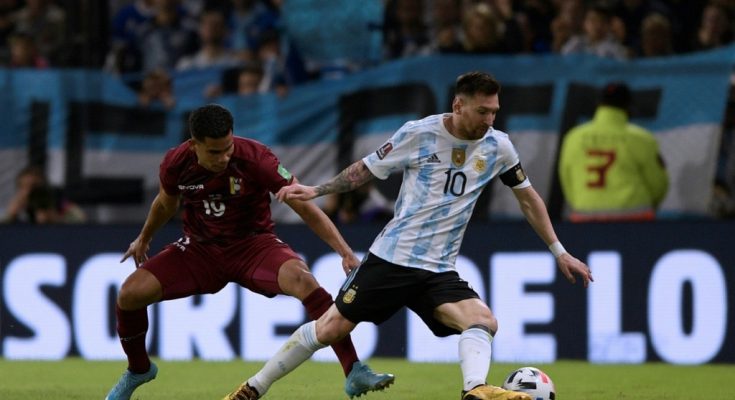 Argentina remains undefeated in the CONMEBOL World Cup qualification after they defeated Venezuela 3-0 on Friday.

In the first Albiceleste match in La Bombonera since the passing of Diego Maradona, it was a particularly emotional situation and the already successful home side won 11 of the 16 qualifiers.

Amazing home support contrasts with the inadequacies of the pitch, however, Nicolas Gonzalez’s goal gives them a place to breathe. Angel Di Maria and Lionel Messi hit the net in the last quarter of an hour to win.

The game was full of Argentina who did not translate many of the chances to play well.

In the first 30 minutes, Albiceleste managed to shoot three times to get a total of 0.07 xG despite being 71 percent.

However the game quickly opened up for a change, and Argentina could end up attacking an area that had not been silenced in any other way. From the ensuing turmoil, Alexis Mac Allister quickly won the ball and played for Rodrigo De Paul, who then assisted on Gonzalez’s goal.

Venezuela had a chance to equalize in the 39th minute with Josef Martinez having Argentina goalkeeper Franco Armani stuttering, but he placed his shot close to the Salomon Rondon ball.

Martinez once again had a chance to equalize in the 54th minute, with a free header from a close range but missed.

Argentina managed to successfully finish the game late in the second half with substitute Di Maria, freeing Wuilker Farinez after De Paul’s ball was high.

Messi then added a third three minutes later in the 82nd minute with a mistake from Di Maria.

Despite his individual quality, Argentina’s reliance on Lionel Messi to compile a collection when the game went down is still evident. De Paul’s assist in Di Maria contradicts the strength he and Leandro Paredes brought to the center of the pitch against Vinotinto. There is a feeling that the Argentine roof in Qatar can be explained by whether they have the ball or not.