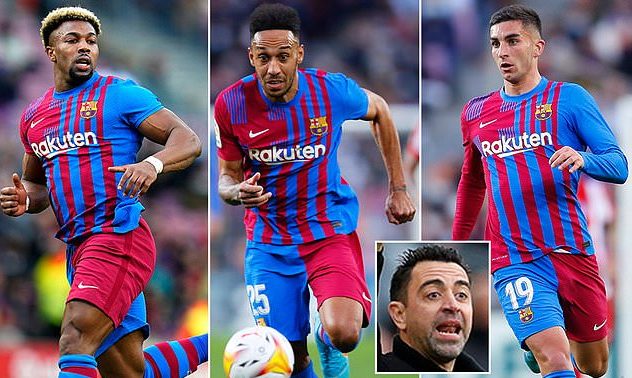 Barcelona manager Xavi Hernandez has praised the impact of the club’s January signings, admitting that his side would be far worse off without them.

Despite their well-documented financial problems, Barça came out and signed three players during the January transfer window – bringing in three Premier League players Adam Traore, Ferran Torres, and Pierre-Emerick Aubameyang at Camp Nou. The three forward have scored 14 goals and assists since joining as the club enjoyed a six-match unbeaten run.

Speaking to the media ahead of the La Liga Blaugrana meeting with Athletic Club on Sunday, Xavi applauded the three players and admitted he did not know what would have happened if they had not signed for the club.

“I do not know what would have happened if they had not come,” he said. “It would be very difficult, obviously that.”

Xavi has saved a special tribute to Aubameyang and Ferran Torres, calling the latter a “wonderful player”.

“Aubameyang did not surprise me because he had a goal in all his work,” he continued. “It amazed me at work, Adam amazed me in making decisions, how mature he was.

“To me, Ferran seems to be another level player. I asked him. He’s an amazing player. He is a world-class footballer. Maybe he was the one who surprised me the most. I was just expecting though. I can assure you. He is an amazing football player. “