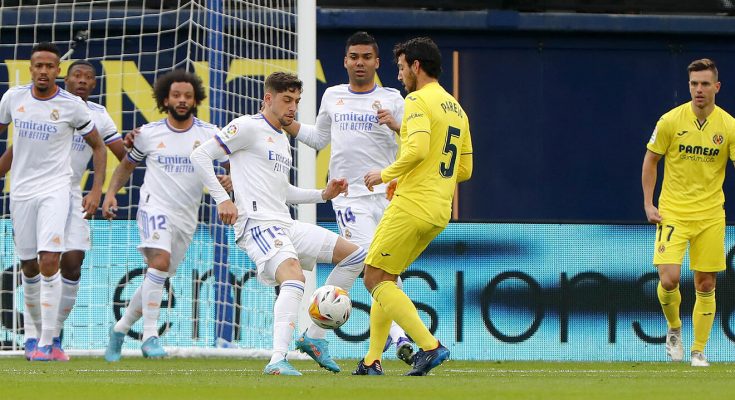 Real Madrid are frustrated with Villarreal in La Ceramica on Saturday afternoon in La Liga. They knew that if they won they would extend their lead to six points but they could not. Their minds are already on France ahead of their UEFA Champions League day with Paris Saint-Germain, having drawn 0-0.

The first half was aggressive and both sides managed to create real opportunities. Villarreal hit the post and Gareth Bale almost broke in one game after being released with an amazing long ball from Casemiro.

But no team can take the lead, despite Samuel Chukwueze threatening the right-hand side of Villarreal and Vinicius Junior in the middle of everything that creates Madrid on the left. However, in terms of balance, despite the initially changing players, it was Madrid who cast the shadow in the first half.

The second part was very similar. No side has been able to make progress despite the opportunities; Marco Asensio opened the scoring with one goal and Bale got another chance on Geronimo Rulli.

It soon became clear that the absence of Karim Benzema was a major factor in Madrid; not just his goals, but also his general presence. He leads the line and connects the game like a few other top players in the European game and his presence elevates players like Vinicius to another level altogether.

It was evident in the final minutes when Luka Jovic, who came on in the second half, was cleared from the post and his food on top of the goalkeeper hit the post. It was an opportunity for Benzema to be buried without thinking but it did not happen.