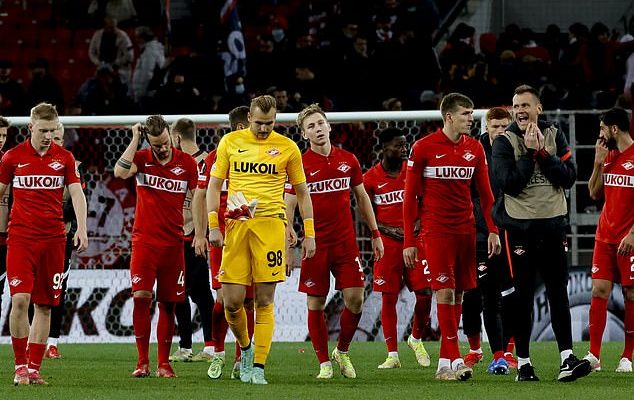 UEFA will remove Spartak Moscow from the Europa League this season due to Russia’s attack on Ukraine last week.

Numerous football associations and federations have spoken out against Russia and supported the imposition of sanctions against the country, such as boycotting games against national teams and their clubs.

FIFA has recently ruled that Russia will be stripped of its official colors and national anthem among other things and will have to play under the name ‘Football Union of Russia’. The decision has been widely criticized for not being fair enough, as the country is still able to compete for a place in the World Cup even though its rivals are determined not to win the game.

And a report in the German newspaper Bild UEFA will announce that Spartak Moscow will be eliminated from the Europa League.

The Russian team advanced to the Last 16 after snatching the group that includes Napoli, Leicester, and Legia Warsaw, but is expected to forcibly cancel their next match against RB Leipzig.

Die Roten Bullen will receive a farewell to the quarter-finals, as they made it to the playoffs by winning the play-offs round against Spanish side Real Sociedad.

Leipzig official Oliver Mintzlaff told Bild he expected to receive a confirmation of Spartak’s dismissal soon and fully relied on UEFA to make the right decision.

UEFA has already stripped St Petersburg of its first players in this year’s Champions League final, and the show is about to take place in Paris.