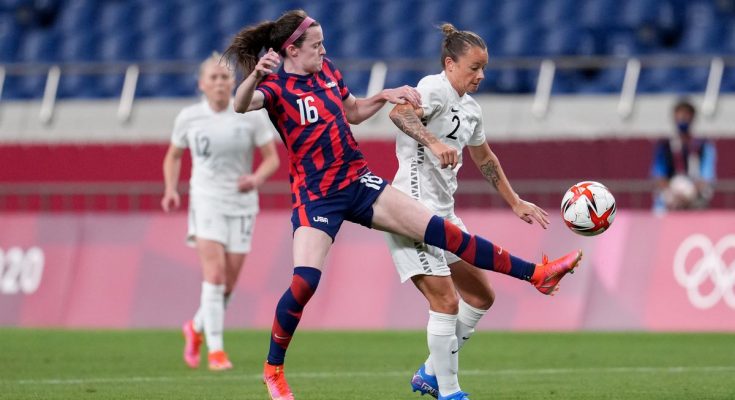 It’s not often scoring a ‘perfect’ hat-trick would be considered a bad thing, but it certainly was for New Zealand women’s international Mikayla Moore against the United States on Sunday.

That’s because the luckless Liverpool defender completed the usually impressive feat by scoring three own goals in the SheBelieves Cup fixture in Los Angeles.

Just a minute later and it was Sofia Huerta’s delivery from the right that caused panic and eventually went in via Moore’s head.

And after 36 minutes, Moore directed Margaret Purce’s low cross from the right in with her left foot to compound a truly miserable opening period.

Head coach Jitka Klimkova would end Moore’s misery by replacing her with Rebekah Stott. The United States went on to win the game 5-0 with Ashley Hatch and Mallory Pugh also getting on the scoresheet.

The USA consequently went top with four points, with New Zealand bottom having lost twice. Iceland were aiming to reclaim top spot and make it two wins from two against the Czech Republic later on Sunday.