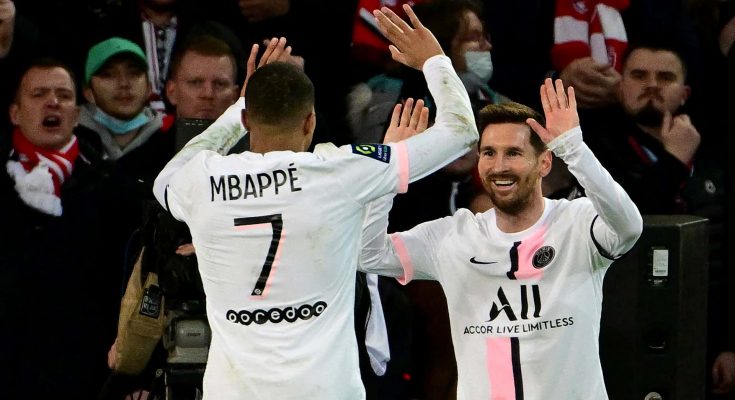 Paris Saint-Germain held Ligue 1 champions Lille at the Stade Pierre-Mauroy and scored three points after a 5-1 victory. It was an entertaining game on Sunday as it was packed on both sides at the end of the pitch.

An error from the players will see PSG get the first goal as goalkeeper Ivo Grbić dismissed the ball allowing Danilo Pereira to hit it 1-0.

Later, Lille got back into the game when Sven Botman’s footballers beat Gianluigi Donnarumma despite the goalkeeper holding his hand to the ball.

However, things could not stay that way for long as the flood gates of PSG opened.

Presnel Kimpembe turned a corner from the corner from Lionel Messi to lead and the former Barcelona man continued to add three minutes later.

Coming out of the break, the momentum continued to favor visitors when Pereira received a brace and Kylian Mbappé intervened to wrap up the statement.