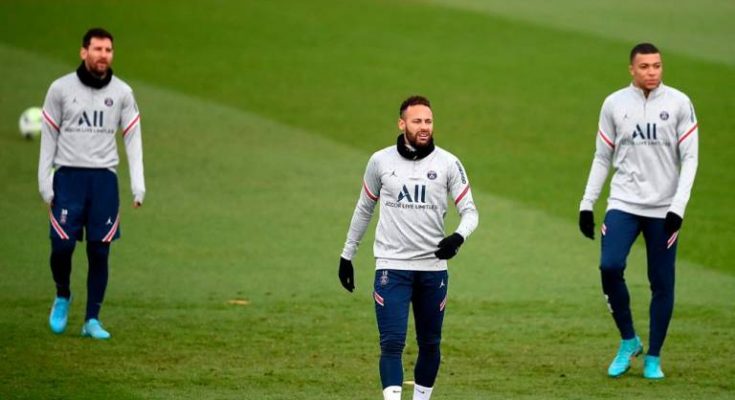 With five days to go before the first leg of the UEFA Champions League match between Paris Saint-Germain and Real Madrid, the French team is still sweating over the strength of Neymar and Sergio Ramos.

For both of them, the Brazilian international is in a good position to face Real Madrid, after training on Thursday morning at Camp des Loges.

Neymar has been slowly reinstated in the PSG set after his injury, but Mauricio Pochettino will not be in danger with him at the weekend against Rennes, in a UEFA Champions League clash.

For Sergio Ramos, things are very complicated. The Spaniard continues to work on recovering from a calf injury and is highly skeptical of a meeting with his former team.

Ander Herrera has been knocking on the door since last Sunday’s game against Lille, with Alexandre Letellier and Edouard Michut sitting alone after testing for COVID-19.