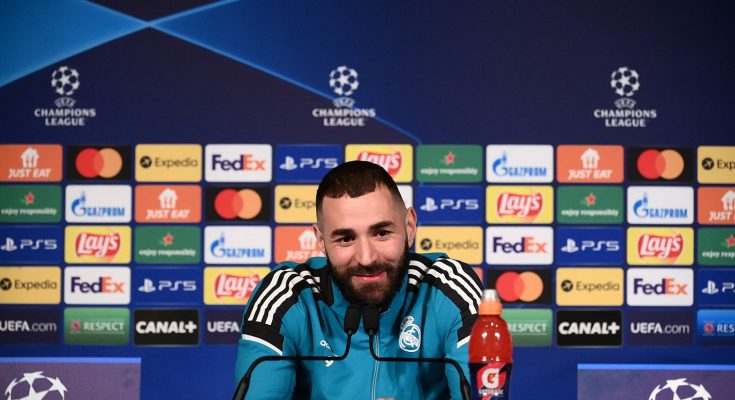 Karim Benzema has revealed that he is feeling well and hopes to play in Real Madrid’s Champions League match against Paris Saint-Germain on Tuesday.

The 34-year-old has not been seen in Los Blancos since holding on for less than an hour in a 2-2 draw with Elche in January and his involvement in the match has been called into question.

However, he went to France with the group and faced the media on Monday, revealing that he was ready to help the team.

He said: “Spending time alone is hard. I worked morning, day, and night at home and in Valdebebas to get ready for it. I am mentally prepared, but now I have to go and see how I feel outside the stadium.

“I’m here to help my team, a great game and when I play I will be giving my all. I will always force myself with my team, but I will not go and force things to save.

“I have worked long hours and feel very good. We have a workout session now and I will see how I feel and whether I will be able to play. I have come a long way in my recovery and will have to see how I feel off the field and make a decision after training.

“It’s a special game because it’s the Champions League. I feel comfortable when I’m in France with the national team and I’m here today to represent my team. People treat me well and I have to go out and play on the field, that’s what people want to see in me.”

Real look to do better in the Champions League last season, when they were knocked out by Chelsea in the semi-finals. PSG have reached that stage again, despite being knocked out by Manchester City on two legs