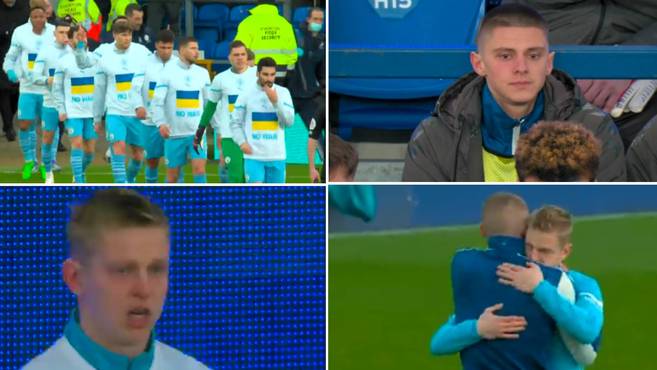 Both Everton and Manchester City have shown their support for Ukraine as they prepare for Saturday night’s Premier League clash, with both teams coming out in yellow and blue.

In the case of Manchester City, they were wearing T-shirts in support of teammate Oleksandr Zinchenko and his country. Meanwhile, Everton backed Vitaliy Mykolenko by wearing the flags of a country that had been invaded by Russia.

During the warmth, Zinchenko and Mykolenko met and shared an emotional kiss and tears.

There have been other anti-war messages in the Premier League this Saturday, as in Manchester United before their draw with Watford.