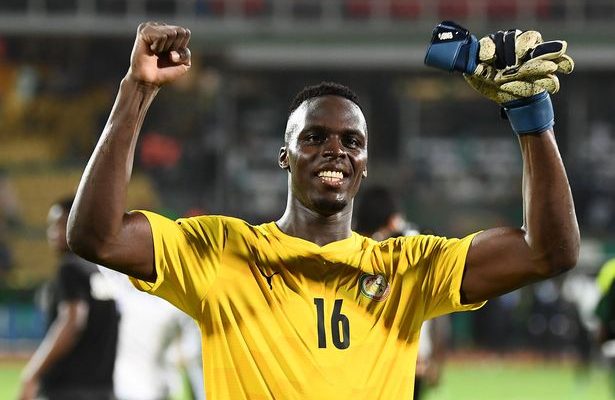 Despite Sadio Mane stealing the reins in the Africa Cup of Nations final, goalkeeper Edouard Mendy has played a key role in Senegal lifting the trophy.

The Chelsea striker denied Egypt’s Mohanad Lasheen on a penalty to give the Liverpool player a chance to win Senegal’s first AFCON trophy in their history.

“I could not have done it without the love and support I get from my team, staff, players, family, and fans. We have won together.”

After receiving the 2021 FIFA Men’s Goalkeeper of the Year award, Mendy was re-appointed as the AFCON Tournament Goalkeeper, while Mane received the Tournament Player Award.

From unemployment to glory

Mendy has been through some difficulties on his way to where he is today, as in 2014 he was left without a team after leaving fourth-placed French side Cherbourg.

“I was getting the support of unemployed people at the time so that I could fully commit to football,” he said in 2020.

“But it was incredibly difficult and my partner was expecting our first child. Support for the unemployed would not be enough. We needed more, I started looking for another job.

“Then I had the opportunity to go to Marseille and there I was tried. It was my sacrifice to get the chance to join that group. Luckily for me it worked and when it did I was relieved.”

Mendy played for Marseille’s B team before joining Reims, and at the age of 26, he finally made it to his first game in Ligue 1.

His play caught the eyes of Rennes, where he spent one season before moving to Chelsea for £ 21.6 million (24 million euros) in the summer of 2020.

He’s won almost everything in one year

It did not take long for Mendy to settle into Chelsea’s starting line-up before Kepa Arrizabalaga, and in just one calendar year he has won the Champions League, UEFA Super Cup and AFCON.

Now, he will travel to Abu Dhabi to meet his Chelsea teammates, as the Blues face Al Hilal in the Club World Cup semi-finals.

When he returns to England, Mendy will get a chance to win the Carabao Cup, as Chelsea will play Liverpool in the final.