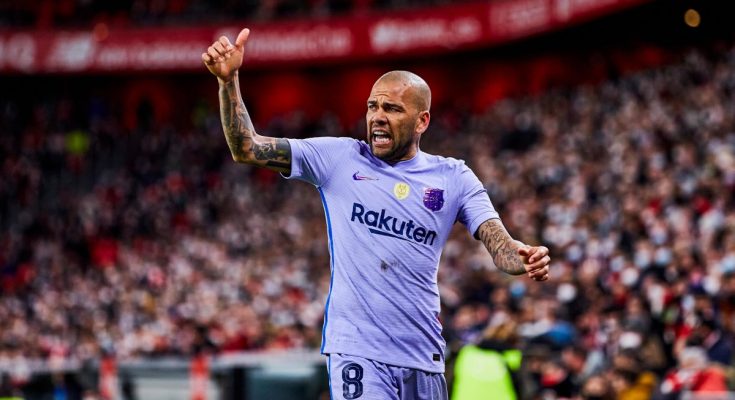 Dani Alves is said to be upset with Xavi Hernandez’s decision for the Europa League. Xavi has been placed in a difficult position after Barcelona completed three new players in the January transfer window.

Ferran Torres, Adama Traore, and Pierre-Emerick Aubameyang were all taken, and Alves was registered in early January for the winter.

The problem was that the Europa League allowed clubs to sign three new players ahead of the playoffs.

According to a sports report, Alves was left devastated by the decision, not handling the phone properly.

The Brazilian is said to be grateful to Barca for bringing him back to the club but is disappointed he missed out on helping the team win the Europa League for the first time. From here on out, Alves will only be able to play. in La Liga.