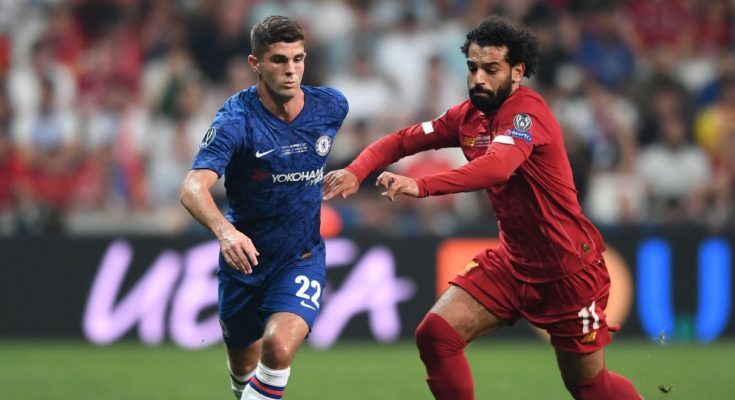 Chelsea striker Christian Pulisic said he had a lot to learn from Liverpool’s Mohamed Salah.

The young players will face off in the Carabao Cup final on Sunday at Wembley, both aiming to win their first home trophy in England.

And Pulisic is aware of the threat posed by former Blues player Salah, stressing that he would like to emulate Egypt’s development.

“He’s an amazing player,” Pulisic said in an interview with ESPN. “By coming to the Premier League this season, he has always been with the best.

“There’s really a lot to look forward to and I can learn from him. He’s a goal-scorer, he’s really strong, he does a lot of good things that people don’t see, and puts himself in a position to score goals. He’s a person I can learn from.”

The last meeting between Chelsea and Liverpool came in early January at Stamford Bridge, where the Reds conceded two goals in a 2-2 draw.

Pulisic knows his team will face another tough fight on Sunday but it will not bother him.

“The Liverpool players they don’t have and the style they play, they make things very difficult for you,” Pulisic said.

“We’ve played in the finals before. We’ve beaten them but we lost our minds and got ready to fight because in the finals that’s what they have to do.

“It’s all about grinding, fighting and winning that one game. That’s what we’re going to do; hopefully, we’ll get over it.”