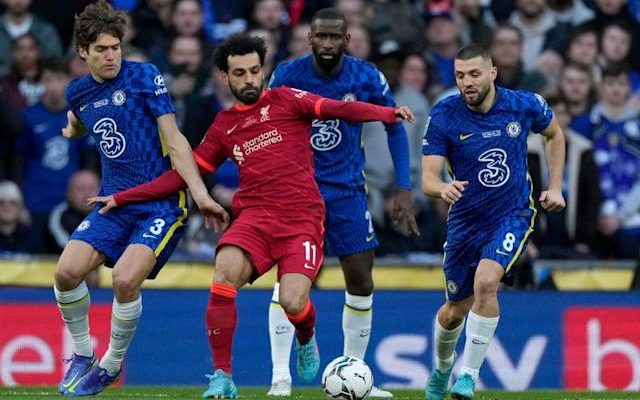 Liverpool have won the EFL Cup after beating Chelsea on penalties following a stunning goalless draw at Wembley. It was the Blues who had the best chance at the start as Cesar Azpilicueta crossed over to Christian Pulisic but the American international fired straight at Caoimhin Kelleher.

The west London outfit were finding a huge amount of space behind Liverpool’s full-backs but it didn’t translate to another big chance inside the opening 20 minutes.

Liverpool, however, were slowly returning to the game and had many corners in the half-hour that worried Chelsea’s defense.

And they should have scored in 31 minutes but a double save from Edouard Mendy kept the game goalless.

The topsy-turvy game once again took another turn as Chelsea revived their big chance in the middle when Mason Mount scored while it seemed easy to score.

After the break Mount once again missed a good chance as he came in and hit the post with his effort. The Reds then got their best chance as Salah ran, hitting Mendy but then saw his effort being taken off the line by Thiago Silva.

But in the previous corner, Joel Matip came to the end of Keïta’s head and put it in the open but withdrew the referee due to offside.

Minutes later another goal was disallowed offside as Havertz’s head was sent off. Chelsea looks like a team that is likely to score in the first half of extra time as Werner then Kanté shoots over the spot.

The third goal was conceded eight minutes before Romelu Lukaku came in but he missed on the offside. Surprisingly, the fourth goal was disallowed due to an offside with the Havertz man and beyond the game.

It remains goalless as this amazing game goes to penalties. There were 21 penalty kicks that Fabinho had successfully intercepted by a clever Panenka.

But it was Kepa who missed, driving the ball over the bar, to give Liverpool the trophy.