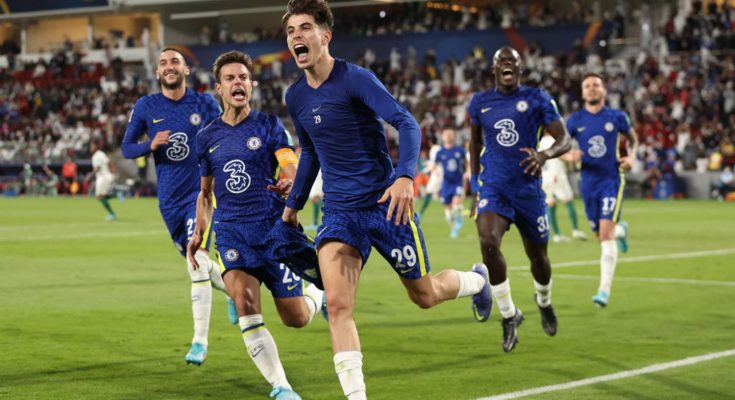 Kai Havertz converted a penalty deep into extra time to clinch Club World Cup glory for Chelsea with a 2-1 win over Palmeiras.

The UEFA Champions League holders were the ones to settle into the match first as Chelsea’s midfield quickly gained control of the pitch.

But they were unable to find a way to create significant opportunities through the efforts of Kai Havertz and Thiago Silva who could break the deadlock.

Copa Libertadores champions Palmeiras, however, managed to send their warning signals to the other side with Ron and Dudu very close to getting the opening game.

After 45 minutes, things stopped at 0-0. And unfortunately on Thomas Tuchel’s side, they also lost Mason Mount due to injury.

Coming off a break, Chelsea again won the match and eventually scored.

A cross from Callum Hudson-Odoi (who had been a threat all night) met the head of Romelu Lukaku 10 minutes into the rest.

Palmeiras then raised the bar himself and was given the opportunity to make things smaller after the VAR called for a handball against Silva. Raphael Veiga then sent Édouard Mendy the wrong way in front of the club’s fans 1-1.

The equalizing goal ended the game in an amazing way towards extra time. Opportunities continued to fly in both directions by approaching a few until another penalty in the hands of the VAR gave Chelsea a way to live with future penalties.

Havertz, who won the Champions League title with the Blues, beat goalkeeper Weverton to break Palmeiras’ heart and win the title.

To make matters worse, the Brazilian team finished the game with 10 players after Luan Garcia (who had a late penalty kick) was sent off.