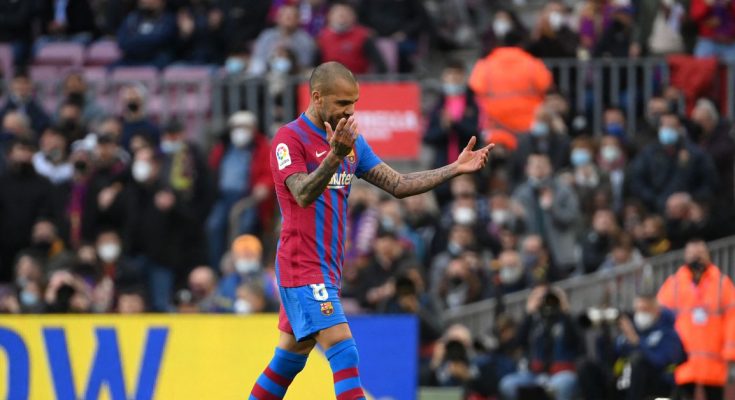 Barcelona will complain about the red card shown to Dani Alves during their 4-2 win over Atletico Madrid in LaLiga on Sunday.

Alves was handed a straight red card in the 69th minute following a VAR update after catching Yannick Carrasco on the calf with his crutches.

The Royal Spanish Football Federation (RFEF) tournament committee announced on Wednesday that the right-back was given a two-match ban because he “could not get a chance to win the ball” for his strike.

That would put him out of the Catalan derby against Espanyol on Sunday, as well as a trip to Valencia next week.

However, Barca has confirmed that it will appeal the decision to the appeals committee in the hope that the suspension will be lifted.