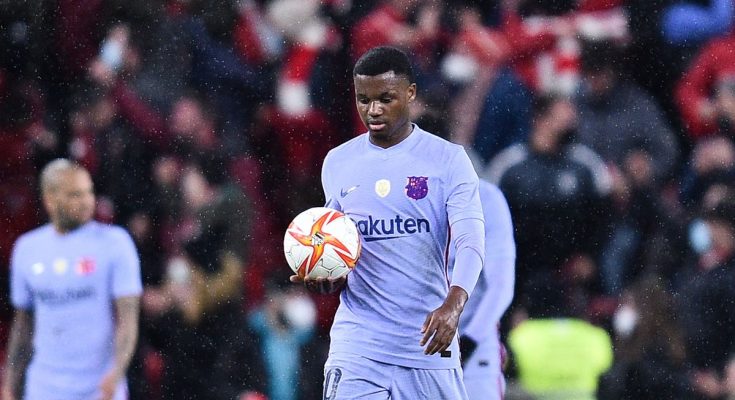 Barcelona striker Ansu Fati has released a brief review of his injury treatment. Ansu Fati has had bad luck with injuries over the past year or so, and has been out again.

Then it looked like he could kick, but he suffered severe muscle damage that would keep him for more than two months.

Surgery was recommended to Fati, but already tired of the long procedure, she chose conservative treatment instead.

Barca’s medical staff are now working to rehabilitate the affected tissues, as well as those around them, to ensure that when he returns next time, he is less likely to be injured again.

And Barcelona will not take risks here, preferring Fati to take as long as he needs to come back 100% and avoid any further obstacles.

Since the injury, we have not heard much from Fati, but Diario AS managed to catch him on his way to Barcelona and the youngster gave a brief review.

He said: “I am fine, very happy. All is well.” Good news for Barca fans and Fati himself, who deserves good luck.