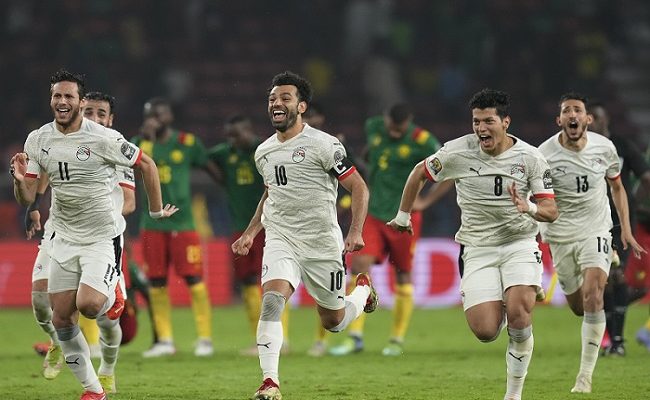 Egypt produced a good defensive game and held on to penalties to beat hosts Cameroon and reach the finals of the Africa Cup of Nations.

Goalkeeper Mohamed Abou Gabal – a stopper at the start of the tournament behind Mohamed El Shenawy – became the Pharoes’ champion on Thursday night, saving two penalties before Clinton N’Jie missed the final goal to pass.

It means Egypt have reached the second Afcon final in three competitions and re-established a hotly-contested match between Liverpool stars Mohamed Salah and Sadio Mane, whose Senegal team reached the final by beating Burkina Faso on Wednesday.

Salah had a quiet game on Thursday night, scoring only two straight shots, while Cameroon striker Vincent Aboubakar – who scored the most goals in the tournament and six goals – was embarrassed in front of goal.

Egypt manager Carlos Queiroz put his life in jeopardy in a game that was difficult to watch when he was sent off for a foul on refereeing. He will not be in Sunday’s final touchdown line, but that did not stop the former Manchester United assistant from joining in the celebrations when his side won a penalty shootout.

Egypt is a suburb of Cameroon and will be present when it clashes with Senegal. The Lions of Teranga were defensively defensive, scoring only two goals, and defenders Kalidou Koulibaly, Abdou Diallo and Edouard Mendy all did well.

Mane has been a major threat in attack, scoring three goals, although Marseille’s Bamba Dieng has also netted two goals.

The final will be on Sunday at Olembe Stadium in Yaounde, Cameroon.