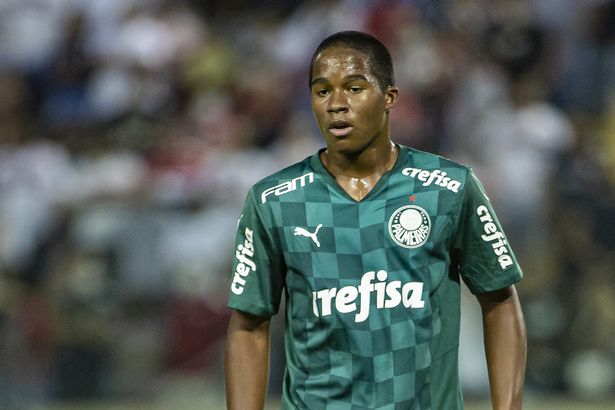 Palmeiras’ 15-year-old wunderkind Endrick has become one of the most talked-about footballers in the world in recent times. After a stunning performance at the Copinha, he’s been linked with all the European elite including both Barcelona and Real Madrid.

Endrick has scored 168 goals in 170 games at the youth level and has been compared to many Vinicius Junior. The two share the same agent. Real Madrid are aggressive in Brazil and are proud of their testing network where we are very grateful for the June Calafat work. They are favorites with his signing, although Endrick will have to stay in Brazil until he is 18 years old.

“I love him, he’s a great player,” Endrick said when asked about Vinicius by Diario AS. “He has everything to become one of the best in the world. He played me a Real Madrid shirt and I told him I would like him to come and play with me here in Palmeiras. ”

Endrick was asked about the rumors linking him with Madrid. “My dream is to start making history in Palmeiras. Real Madrid? I do not engage in the future and leave it in the hands of my employees. ”

He was also asked about Erling Haaland and Kylian Mbappe. “I really like both. My style of play is similar to Mbappe’s and I am inspired by him. I hope one day I can represent and win my country the World Cup as he did in a French shirt. ”

Real Madrid are determined to strengthen even if they are in a very tight position at the time of writing. They are top of La Liga, four points ahead of their closest rivals Sevilla. They are looking forward to next month’s Champions League Last 16 match against Paris Saint-Germain after finishing top of their group.