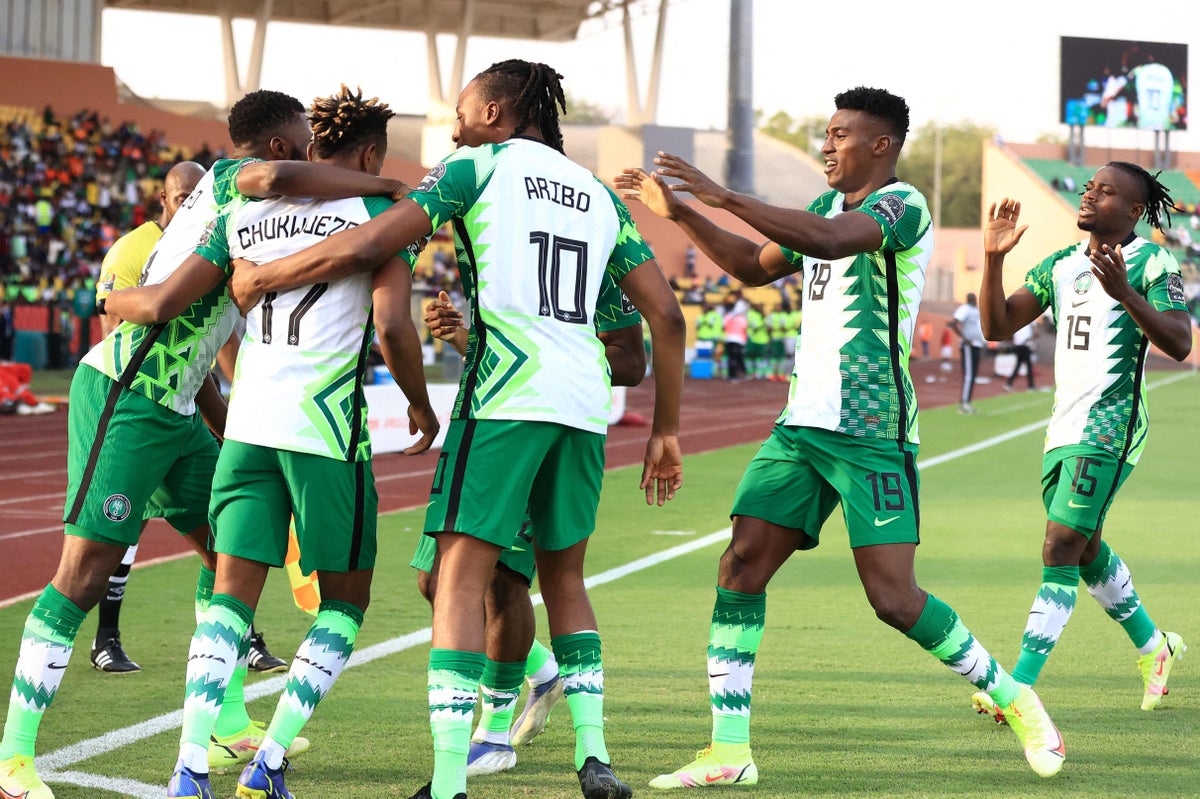 Nigeria beat Sudan 3-1 in the Africa Cup of Nations to secure their place in the last 16 with a game remaining.

Building on their impressive victory over Mohamed Salah and seven Egyptian champions in their first Group D heavyweight match during the week, the Super Eagles outscored the team on Saturday with goals from Samuel Chukwueze, Taiwo Awoniyi, and Moses Simon.

Walieldin Khedr Safour Daiyeen knocked out Sudan in their first AFCON tournament for ten years with a consolation penalty in the second half after Ola Aina’s foul play.

The result means that Augustine Eguavoen’s team joins hosts Cameroon in closing the gap in the playoffs, with their final group match against Guinea-Bissau on Wednesday evening.
Unchanged in that 1-0 victory over Egypt, defended by a goal from Kelechi Iheanacho in the first half, Nigeria were just three minutes later at the Stade Roumde Adjia in Garoua.

Aina’s long throw did not remove Sudan’s terrified defense and the ball was eventually dropped to Villarreal winger Chukwueze to shoot home.

Nigeria did not lack the chances to build on that advantage ahead of time, but they could not convert until an unusual second during the break.

A free-kick from the right was intercepted by captain William Troost-Ekong and the ball bounced off the head of Taiwo Awoniyi – who did not know much about it – before colliding with Sudan goalkeeper Ali Abdallah Abu-Eshrein.