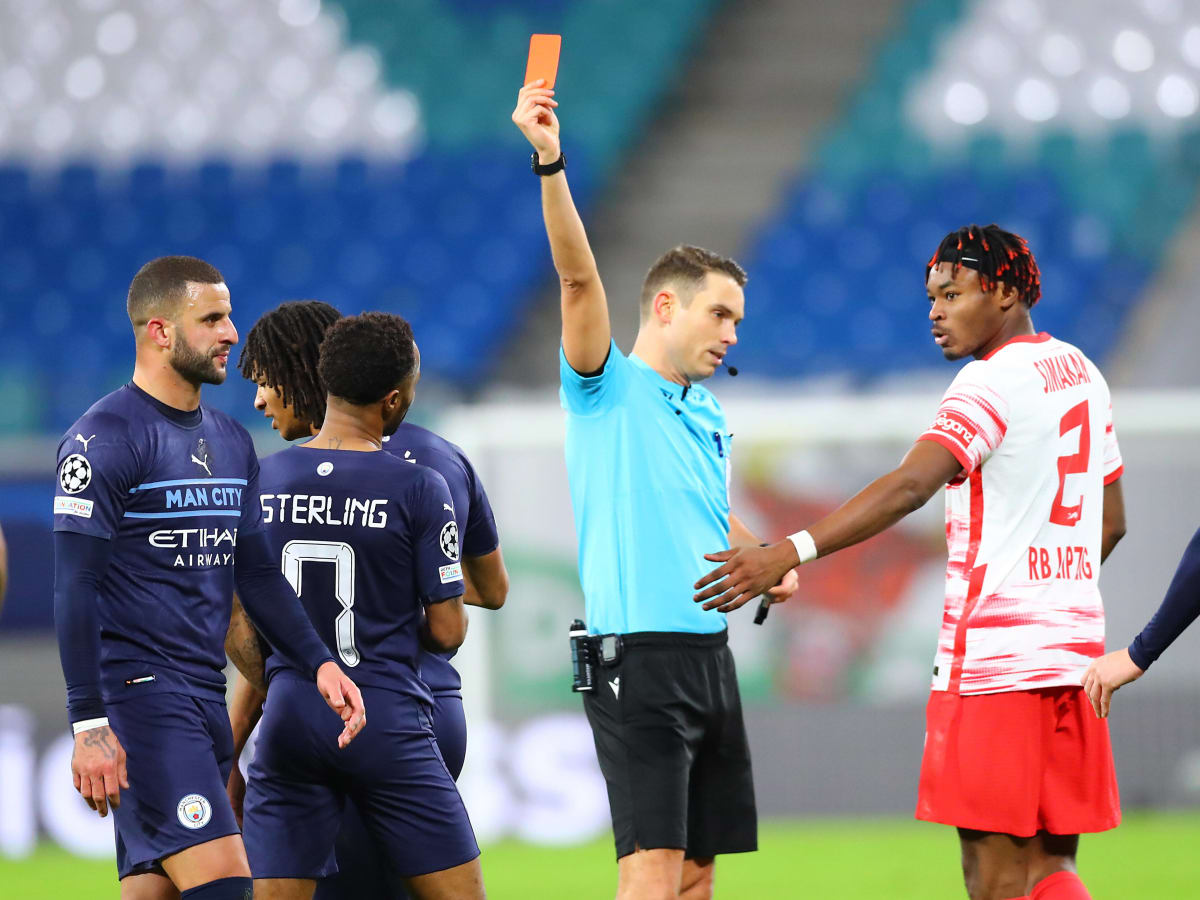 The England international was dismissed for a crude hack on Andre Silva late in a game that Man City went on to lose 2-1.

Pep Guardiola’s side then qualified for the Round of 16th, but will now be without Kyle Walker on both legs against Sporting CP.

UEFA confirmed the sanction in a statement on Friday, with Kyle Walker’s actions described as “beating”.

The 31-year-old will also miss the first leg of the quarter-final if Manchester City advance to that stage.

Kyle Walker became the second-oldest Englishman to be sent off in a UEFA Champions League game, after Paul Scholes for Manchester United against Roma in April 2007 (32 years, 139 days).