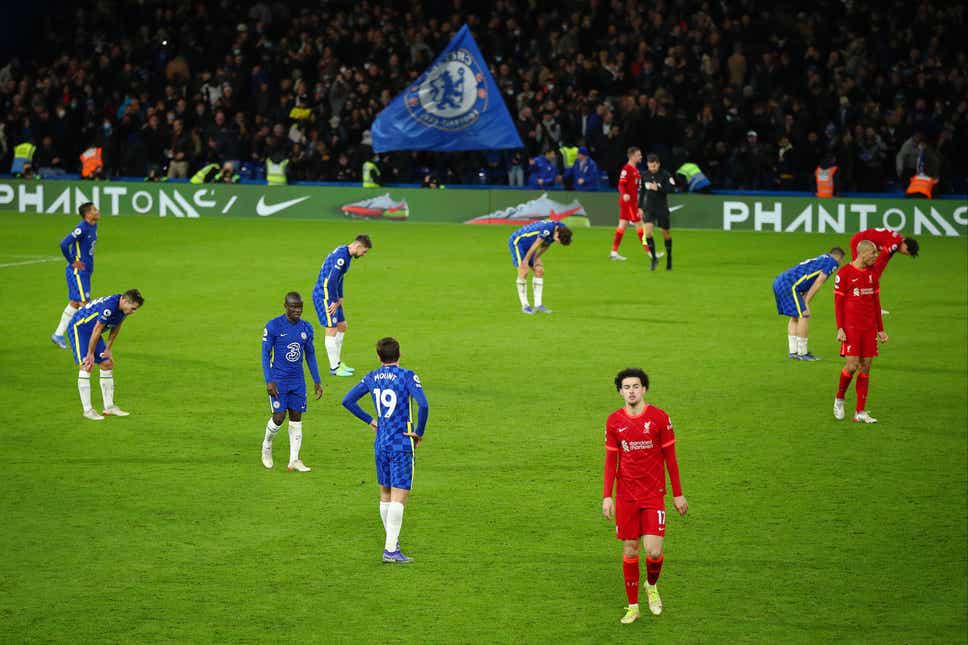 Manchester City were left stunned as they watched Chelsea and Liverpool slip up Stamford Bridge, both taking points in each other’s 2-2 draw on Sunday.

The game was fun and full of mistakes, leaving both sides frustrated but the Blues would have been much happier on both sides, taking a point from excellent Liverpool.

Jurgen Klopp was absent due to the COVID-19 test result, and the Reds had to do without Alisson Becker, Joel Matip, Roberto Firmino, Thiago Alcantara, and Andy Robertson. Chelsea, on the other hand, did not have Romelu Lukaku left on the pitch, as well as Timo Werner, Reece James, and Ben Chilwell.

Sadio Mane gave Liverpool the lead after Trevoh Chalobah gave him a chance, allowing the Senegal striker to finish nine games waiting for a goal.

Former Chelsea striker Mohamed Salah used the space to double Liverpool’s lead, and Liverpool appeared to be comfortable with a two-goal lead.

But the Blues bounced back and Mateo Kovacic converted a goal before the break, returning home to split in half. Christian Pulisic then scored a goal that made the teams stand out at half-time.

Remarkably, there were no goals in the second half, and Chelsea struggled to find the back of the net. Both goalkeepers – Edouard Mendy and Caoimhin Kelleher – had excellent performances anywhere.

However, when the final whistle blew, it was Pep Guardiola and Manchester City who were already celebrating, now 10 points adrift of the Premier League title.