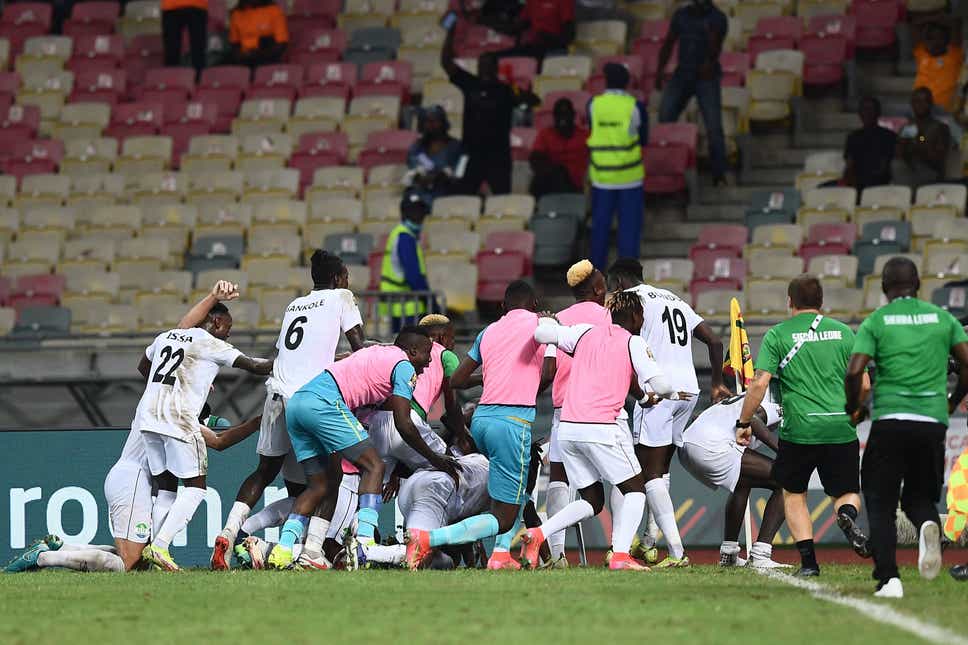 Patrice Beaumelle’s side had a good chance to take the lead in the 10th minute when Wilfried Zaha was fouled in the box but Franck Kessié’s penalty was saved by Mohamed Kamara.

It was not long before they found their opening as Zaha’s defensive midfield played on Sébastien Haller who took one hard moment before throwing the ball into the bottom corner.

Sierra Leone started asking Badra Ali Sangaré questions that he had to save before they could finish 10 minutes into the second half.

Musa Kamara found the ball inside the box and touched one before hitting the ball in the top corner from 15 yards.

Pépé then looked like he had beaten the winner 11 minutes later, curled home with his left foot in the lower corner of the box after being stopped by PSV’s Ibrahim Sangaré.

But there was a surprising change in the last minute of the stoppage when Steven Caulker took the opportunity for Sangaré to lose the ball, sending it back so that Alhaji Kamara could stab home from within four meters to earn Sierra Leone’s equalizer.

Sangaré was injured during the goal-scoring and as Ivory Coast used all their substitutes, the match ended with Tottenham defender Serge Aurier having to come on the bench.