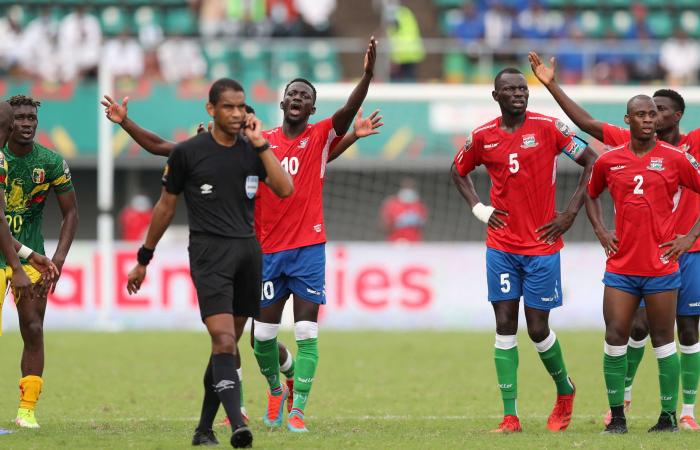 There was a late VAR drama at Stade Municipal de Limbe where referee Samir Guezzaz awarded two goals in the last 11 minutes of the Group F match.

First, Iraima Kone drove home from 12 yards in the second leg running after Yves Bissouma was pulled down by Ebrima Adams in the box.

That was the 22nd goal Mali scored after a break in the Africa Cup of Nations since 2010, with only Ivory Coast (25) doing so several times in that time.

The Eagles were determined to win their first two games of the tournament for the first time since 2004 until Bissouma was fined handball during the closure.

Hitting the crossbar with a clever free-kick in the first half, there was no denying Barrow in this as the Bologna striker sent in a low spirits Ibrahim Mounkoro the wrong way to make sure he played.