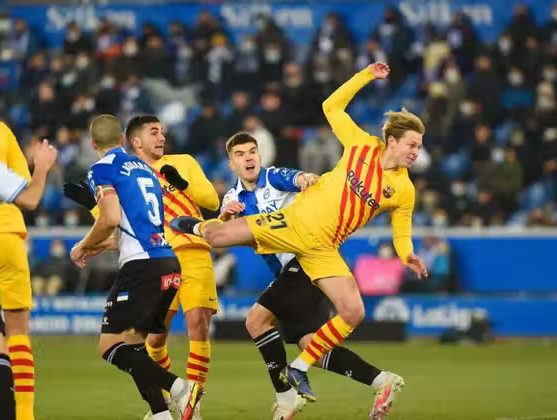 Frenkie de Jong’s late win gave Barcelona three hundred points in LaLiga on Sunday. Barcelona had the ball but a good chance in the first half fell to Alavés midfielder Pere Pons, but he managed to shoot straight at Marc-André ter Stegen.

The visitors had a good chance to open the scoring in the 64th minute, but Luuk de Jong voted for the goalkeeper from within five meters of Pedri’s ball.

The next chance fell to De Jong again in the 70th minute, but his head went harmlessly over the bar after a set-piece box was delivered from his namesake Frenkie.

Alaves then approached as Jason picked Joselu by a cross from the box, but his head came out wide.

That victory leaves Xavi’s team in fifth place in LaLiga and one point behind Atlético Madrid.