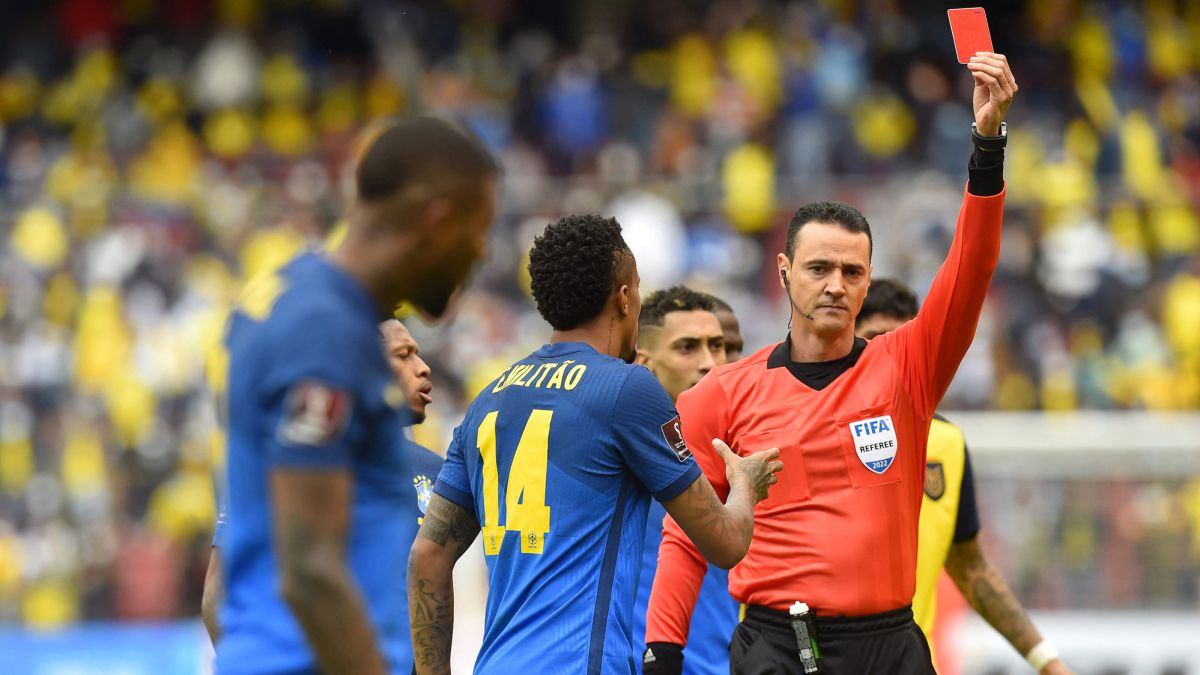 South American football has a tendency to be spicy but Thursday’s World Cup qualifier between Ecuador and Brazil was another.

Real Madrid midfielder Casemiro gave Brazil the first goal in Quito and in the 15th minute, Ecuador goalkeeper Alexander Domínguez was given a straight red card for kicking Matthewus Cunha in the neck after trying to clear the ball.

However, the madness did not end there. In fact, it had not yet begun.

Shortly afterward, they thought they would drop to nine men when Alison Becker was given a red card for a different challenge from Domínguez’s dismissal.

Fortunately for the Liverpool goalkeeper, the case was reduced to a yellow card after a VAR review.

Ecuador rallied in the second half and Alisson again thought he had been shown a red card while injured, only because the VAR saved his bacon for the second time.
It’s rare to see a player get knocked out twice in one game, right?