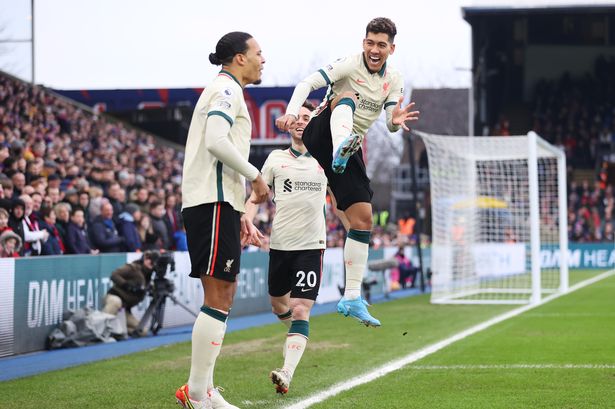 Liverpool survived the 2nd half of the Crystal Palace attack to win at Selhurst Park and close the gap on Premier league leaders Manchester City to nine points.

If you look at how the first 40 minutes played this look would be a typical victory for Liverpool as they lay down their trophy pieces southeast of London.

Jürgen Klopp’s side wrapped up their first half of football as his players looked compelled to take advantage of the hopes Man City gave them on Saturday night.

Passing was wet, the defensive line was inaccessible and there was no need to mention the absence of Mohamed Salah and Sadio Mané.

But they were negligent at the end of the first half as Palace created three clear chances and supported their visitors on the wall and in the second half.

It took a controversial penalty in the 89th minute to alleviate the concerns of Liverpool supporters and they scored three points, but there was no doubt they rode some luck sometimes in the afternoon.

Patrick Vieira’s team has created a lot of opportunities and highlighted why there is so much talk about the power of this exciting little team built up, opening up their rivals from time to time.

For the first time since October, the Reds have managed to secure a place in the top of the league but could come out with one today.