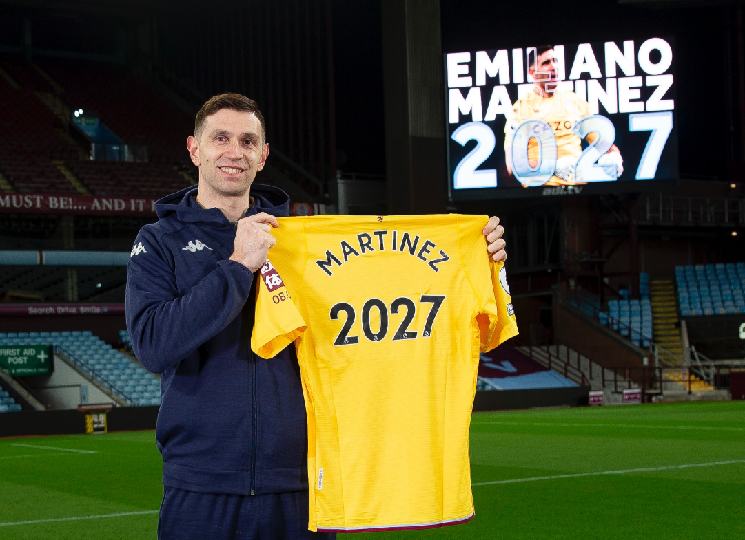 Emiliano  Martínez has extended his contract until 2027 with Aston Villa. Emiliano Martinez has found a home in Aston Villa for another five years. The group announced the extension on Friday.

Martínez joined the club before the 2020-2021 season and has been a starter since joining. Speaking to VillaTV, here is what he said about his expansion:

I won a big tournament with Argentina not long ago and every time I pass a tunnel in Villa Park on match day, I see a crowd, lights, fans enjoying our play.

“Before I leave [the field], I see the UEFA Champions League and the FA Cup and that is where I want to go.

“I want to be in the UEFA Champions League final with Villa, I want to be at Wembley and play in the FA Cup or EFL final.

“That is why I am committed to five and a half years for this club because that is where I want to go.

“When I signed for Aston Villa, it was clear that I had great ambitions to be in Europe and to be my best version, and the club has opened a very good door for me.

“They have made me a better goalkeeper, and goalkeeping coach Neil Cutler, Christian [Purslow], Johan [Lange], are good people, very honest and ambitious, as owners.

“So by winning Argentina’s big tournament, I thank Aston Villa for developing me as a good goalkeeper; and I think I can actually improve a lot here and I want to make my future here.

Since joining Villa, he has also been the undisputed goalkeeper in the Argentina national team.