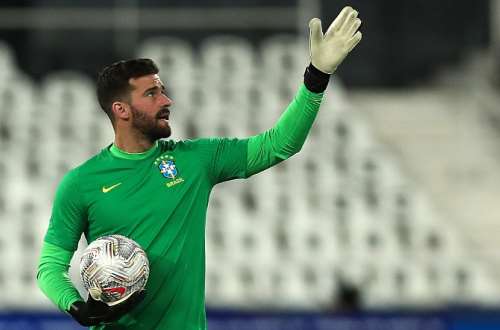 Liverpool goalkeeper Alisson Becker survived two red cards shown in Brazil in a FIFA World cup 2022 Qualifying game against Ecuador on Thursday after the VAR instructed the referee to reconsider his first calls.

The former Roma Goalkeeper has expressed his delight at the use of technology after the game.

“I think this was the first time this had happened,” Alisson said in a post-match interview.

“I am happy with the VAR, if it were not for the VAR we would have been unfairly punished.

“I think my teammates helped me a lot, they were less likely to be caught in their complaints than the referee. This also shows the importance of using VAR in football.”

The match ended in a 1-1 draw, although Brazil are six points adrift of the South American qualifiers, with Ecuador third with six points ahead of Colombia.