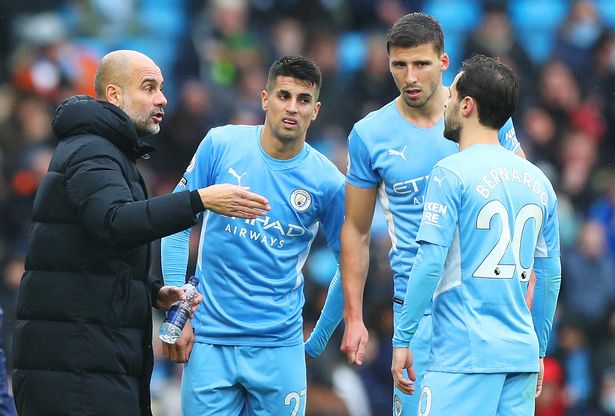 Manchester City needed a contested penalty in a 1-0 win over 10-man Wolverhampton on Saturday and secured a place in the Premier League.

Man City were rewarded with a handball when Joao Moutinho blocked a ball from Bernardo Silva stretching his arm, although the Wolves argued that the ball hit his armpit.

Raheem Sterling converted a penalty in the 66th minute with his 100th Premier League goal, which seemed enough on a day when City’s strong attack made it difficult to capitalize on their chances.

The Wolves had dropped a man just before half-time when Raul Jimenez was booked for the first time to be hit near the center line and then stretched his leg inexplicably to block a free kick that resulted in him receiving a second yellow card immediately.

Ack Grealish missed a good chance to double the lead in the 70th when he threw the ball over the post from close range after a cross from Sterling across the box.

The victory ensured Pep Guardiola’s side sit ahead of rivals Liverpool and Chelsea, both of whom played later on Saturday.