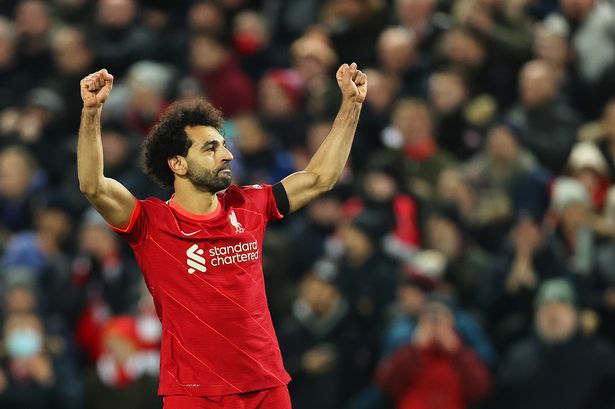 Steven Gerrard was denied a return to Anfield as his side Aston Villa were beaten 1-0 by Liverpool. The visitors deeply defended most of the game time in the hope of escaping the point, but eventually broke up and left too late to start a meaningful attack.

Liverpool were denied the first penalty when Sadio Mane was stopped by Matty Cash, Stuart Attwell told the Senegalese striker to stand up.

The chance for the first half of the match followed as soon as Andy Robertson crossed the line to be met by Trent Alexander-Arnold, but his effort was severely diverted.

Robertson then almost caught the goal with a header from a long post, but Emi Martinez was careful and kept it out, while Alex Oxlade-Chamberlain found a short shot just above the post.

Cash was also at the center of Robertson’s penalty shootout debate, but Attwell also dismissed the athlete’s claims, before Salah tried to beat Martinez in a nearby but the Argentine side came down at the right time to prevent him from entering.

Liverpool last dominated the 2nd half as Virgil van Dijk almost got the net in the corner, while Martinez once again did well to keep it 0-0.

Aston Villa had to face a few waves of Liverpool’s attack, but their resistance finally broke when Tyrone Mings dropped Mohamed Salah off the penalty spot, and the Egyptian turned around from there.

Steven Gerrard tossed another red forward Danny Ings in search of an equalizer, and while Villa was on top, Alisson lowered the striker after meeting Joel Matip. However, neither Attwell nor the VAR thought the challenge was illegal.