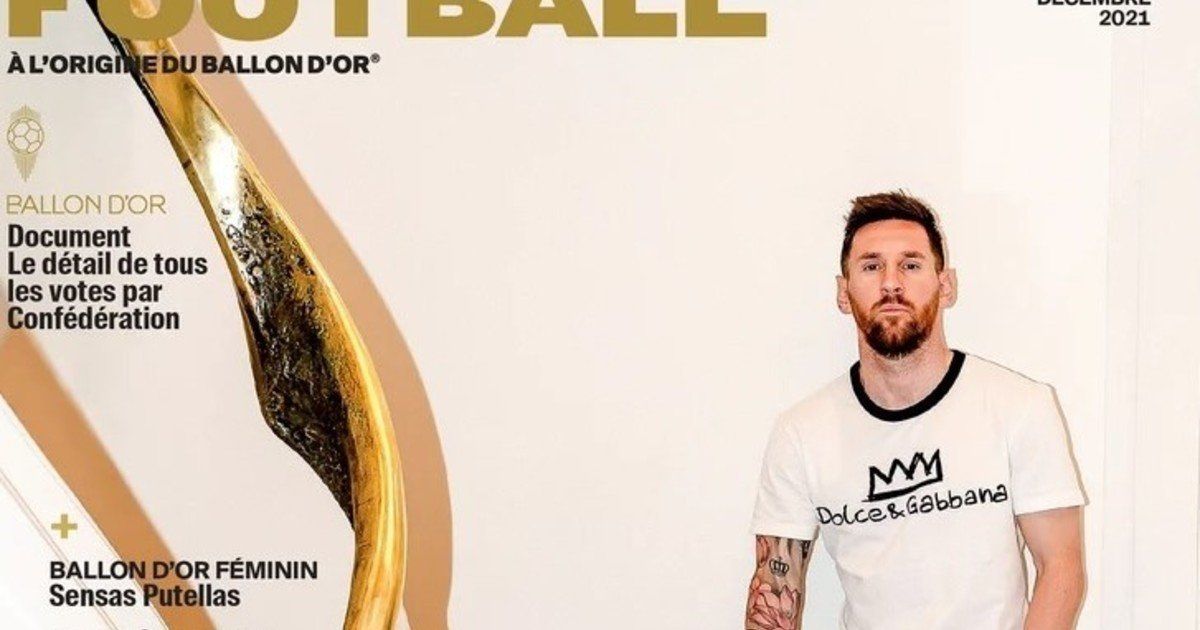 Saturday’s French football program will feature a photo of Lionel Messi in conjunction with his seventh Ballon d’Or medal on the cover after the Paris Saint-Germain striker was awarded the medal last Monday.

The photo was taken at the home of Leo Messi in Paris, a former Barcelona captain wearing casual clothes and a Ballon d’Or medal next to him on the stairs.

French football had the opportunity to negotiate with Leo Messi on the day he was announced he would receive the seventh record award.

The French magazine was able to keep the winner’s name secret until the last day, as there were no leaks this year and neither Messi nor his party had been notified in time.

In other words, French football kept a secret and there was a close friend of Leo Messi’s Luis Suarez staying in Paris.

After the Atletico Madrid striker presented his teammates with an award, they went out to celebrate the event.