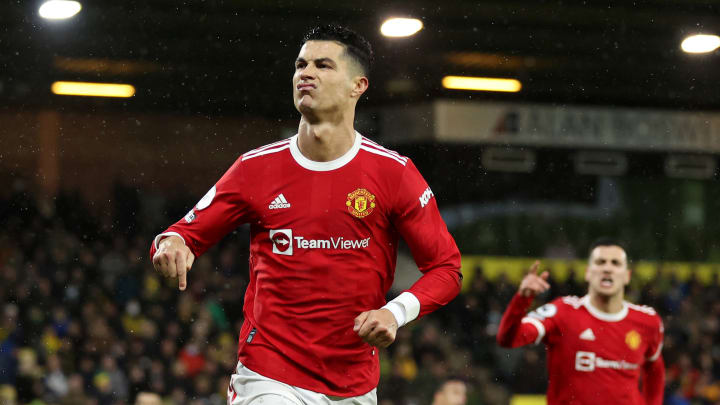 It wasn’t easy for Manchester United as they took on Norwich City at Carrow Road on Saturday evening, but they earned a 1-0 victory courtesy of a 74th-minute penalty won by and scored by Cristiano Ronaldo.

Neither side had especially great chances in the first half of the match, yet Norwich proved from early on that they wouldn’t make this an easy game for Ralf Rangnick’s side. Despite losing captain Grant Hanley to an early injury, the home side kept Manchester United at arm’s length.

After the break, Przemyslaw Placheta and Teemu Pukki forced early saves from David de Gea, before a series of dangerous Norwich corners ultimately came to nothing.

At the other end, Max Aarons pulled Cristiano Ronaldo to the ground at a cross into the area and that was enough for the No.7 to be awarded a freekick, which he stepped up and converted himself.

Norwich pushed for an equalizer, but De Gea was able to twice deny Ozan Kabak at set-pieces, while Billy Gilmour had two shots blocked in the space of seconds.

Manchester United were able to hold on for the free points, which currently move them up to fifth.