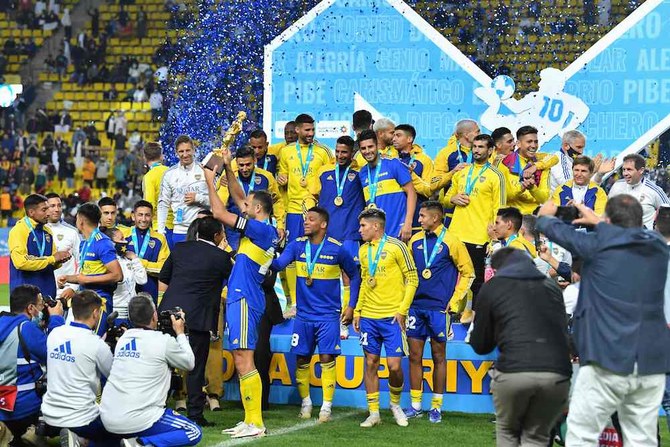 Barcelona’s poor results continued, as the Blaugrana lost in the Maradona Cup match played in Saudi Arabia, honoring the Argentine. They drew 1-1 with Boca Juniors in the 90th minute, with Exequiel Zeballos equalizing after Ferran Jutgla opened the scoring, but the Buenos Aires team won 4-2 on penalties.

This was an opportunity for Xavi to try out some of the youngsters and give Dani Alves his first game, a Brazilian player allowed to play in the game even though he will not qualify for official matches until January.

In the first goalless draw, Dani Alves was one of the most outstanding players, as was Riqui Puig, who had few chances of his own. It was Philippe Coutinho, who was very close to scoring goals.

After the break, Barcelona were in the lead and Ferran Jutgla hit it off. After playing his first LaLiga Santander game in Sunday’s game in Osasuna, the 22-year-old turned out to explode inside the penalty area in the 50th minute, although it should be noted that Coutinho’s help was handball.

Ferran Jutgla got another chance in the next few minutes, as did Ilias Akhomach Chakkour after the break, but Boca Juniors advanced to the second half and equalized in the 77th minute with Frank Fabra crossing the Zeballos.

That put the game on penalties, Maradona Cup is in shape. There, Boca won 4-2 as they beat all their penalties, with Matthew Pereira surviving one and Guillem Jaime blasting over.

It is another disappointing outcome for Barcelona, ​​but there will be lessons Xavi can learn from this.