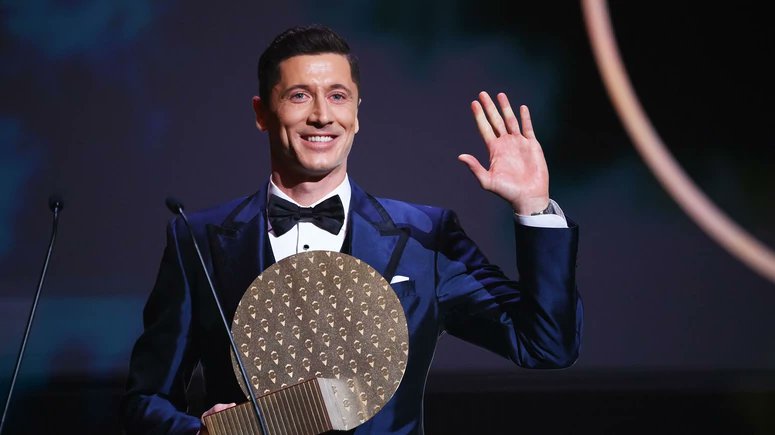 Robert Lewandowski received the Striker of the Year award at the 2021 Ballon d’Or event at the Chatelet Theater in Paris on Monday. Earlier, France Football announced the release of two new awards at this year’s Ballon d’Or gala.

Lewandowski was a favorite to win last year’s award, but the magazine decided to cancel the event due to the outbreak of COVID-19. Therefore, France Football decided to present this new award in the 2021 program, as well as the Club of the Year award, which was won by Chelsea.

Meanwhile, Lionel Messi has won the Ballon d’Or for the seventh time in his career, as no player has won the award more times than the Argentine captain.

The Polish striker scored 64 goals in the last season, bringing him 18 points ahead of second-placed goalkeeper Kylian Mbappe and 22-year-old Messi.

Lewandowski was also awarded the 2021 Golden Boot after scoring 41 times in the Bundesliga last season.

“I’m proud to be here,” Lewandowski said at the Ballon d’Or event.

“I am proud of this trophy. I have to thank my teammates, coach, and staff [for] the co-operation between the striker and the team.”