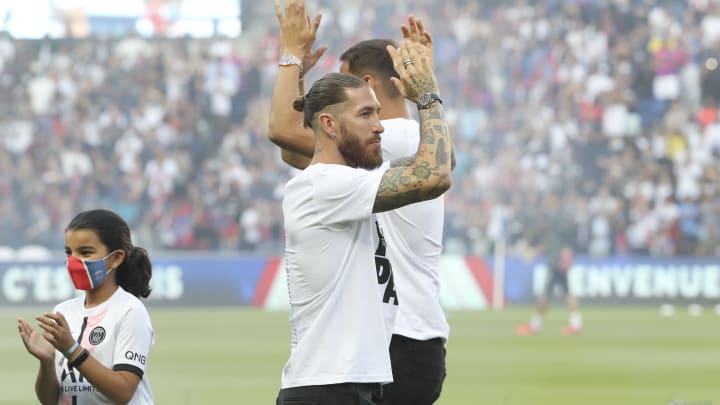 The Spanish international has moved to PSG on a free transfer agent in the summer after leaving Real Madrid but has yet to make his debut for the long-term calf injury problem.

There have been suggestions that Sergio Ramos could have his contract revoked by Mauricio Pochettino’s team due to ongoing injury problems.
Advertisement

However, Rene Ramos has emphasized that the experienced defender is not leaving PSG, and could return to first-team training with the club next week.

Rene Ramos told Mundo Deportivo “Sergio will play for PSG as soon as possible … He will not relinquish or break his contract. There is no doubt about Sergio Ramos’s future,”

The former Real Madrid captain was firmly linked with a move to the Premier League in the summer before joining Paris on a contract until June 2023.