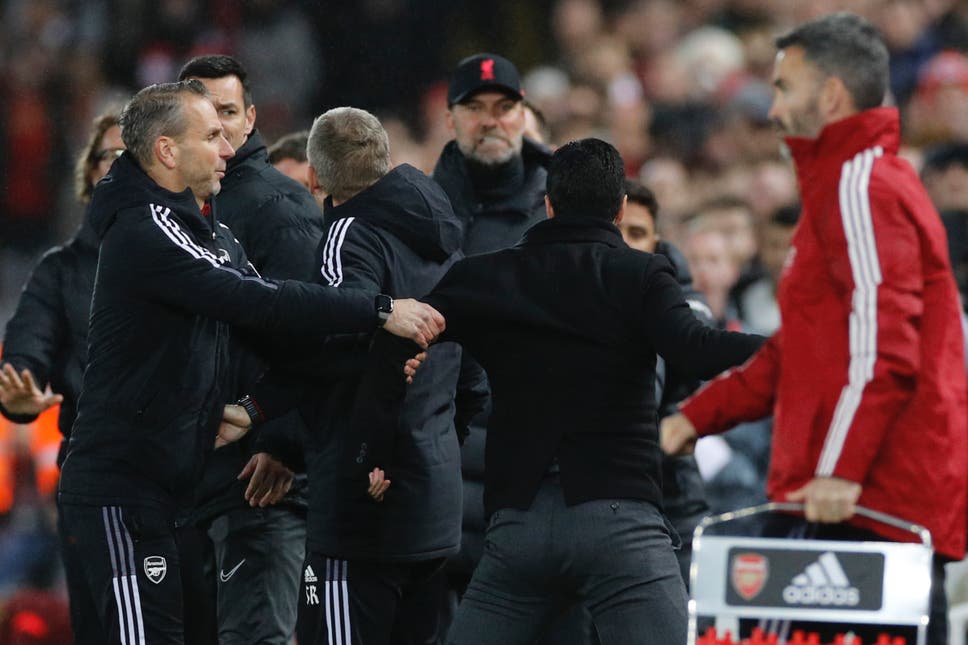 Mikel Arteta and Jurgen Klopp needed to be physically delayed as they clashed in the first half of Liverpool’s 4-0 win over Arsenal at Anfield on Saturday night, both managers warned by referee Michael Oliver. The flashpoint came due to a lot of emptiness.

Mikel Arteta is different from the way Liverpool striker Sadio Mane challenged Arsenal defender Takehiro Tomiyasu, who was outraged by what he thought was his elbow.

Jurgen Klopp answered his wrong number and the two angry ones were removed from each other before things got worse with their back teams.

It was 0-0 at the time, but Mane went on to give Liverpool the lead shortly thereafter. Diogo Jota doubled that advantage shortly after the break, and goals later in the second half by Mohamed Salah and Takumi Minamino completely canceled out the game for Arsenal.

The result confirms Liverpool are back on track after winning points against Brighton and West Ham in their last two Premier League games. The Reds will now join Chelsea in the lead, lowering the gap back to four points after being increased to seven thanks to the Blues playing earlier in the day.

Arsenal have lost for the first time since August. Arteta’s team has taken 20 of the 24 points since then and remained three points apart from the top four.