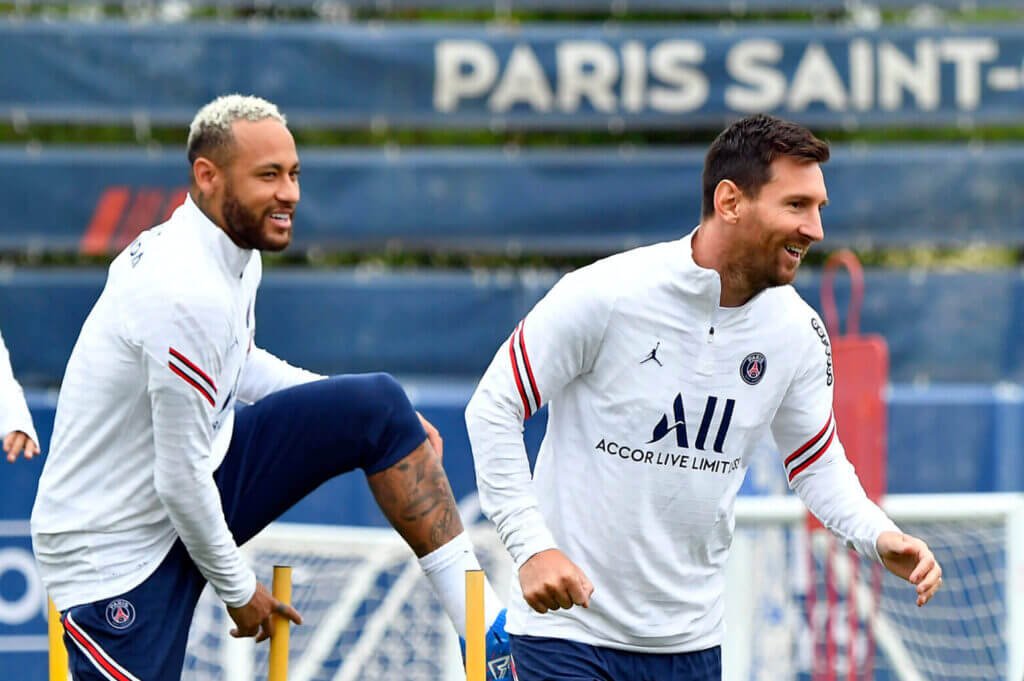 Leo Messi missed the PSG training session on Monday and has now been confirmed to miss the club’s UEFA Champions League group stage match at RB Leipzig on Wednesday night.

The Argentine captain was sent off at half-time when PSG won 2-1 at home against Lille, who lost 1-0 at the time, with Mauricio Pochettino insisting it was just a defensive move.

“Leo Messi is not feeling well in the left leg muscles and knee pain following the beating,” read a PSG medical statement on Tuesday.