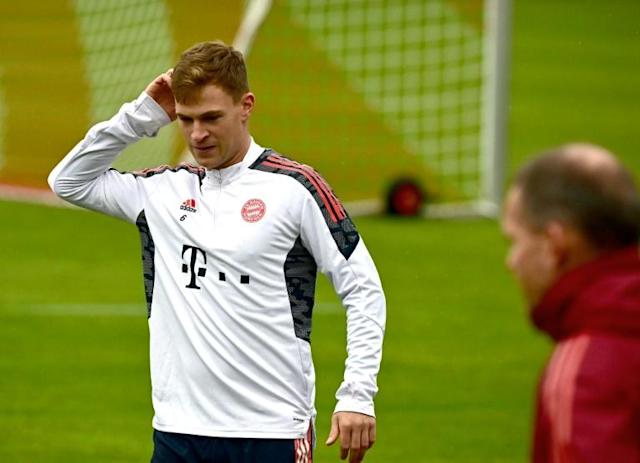 The infected player, Niklas Suele, is fully vaccinated and currently has no symptoms, added DFB.

Other Bayern Munich team-mates Kimmich, Serge Gnabry and Jamal Musiala and Karim Adeyemi of RB Salzburg, have been asked to separate because they are close to them, despite being tested negative, DFB executive director Bierhoff said.

“The news, which is approaching ahead of the World Cup qualifiers, is a shock to the coaching staff as well as to Die Mannschaft,” said Bierhoff.

The latest profile case comes as Germany struggles with an increase in new infections, with its seven-day Covid rate hitting a new record on Tuesday.

It is also clear from Kimmich, who sparked a heated debate in the country last month when he revealed that he had chosen not to be vaccinated, because of “his concerns”.

It even prompted Interior Minister Horst Seehofer to urge him to reconsider his position as “vaccination is a major weapon in the fight against the epidemic”.

Kimmich appears to be in the minority as more than 90 percent of footballers and backroom workers have been vaccinated in Germany’s top two leagues, according to figures released last month by the German Football League (DFL).