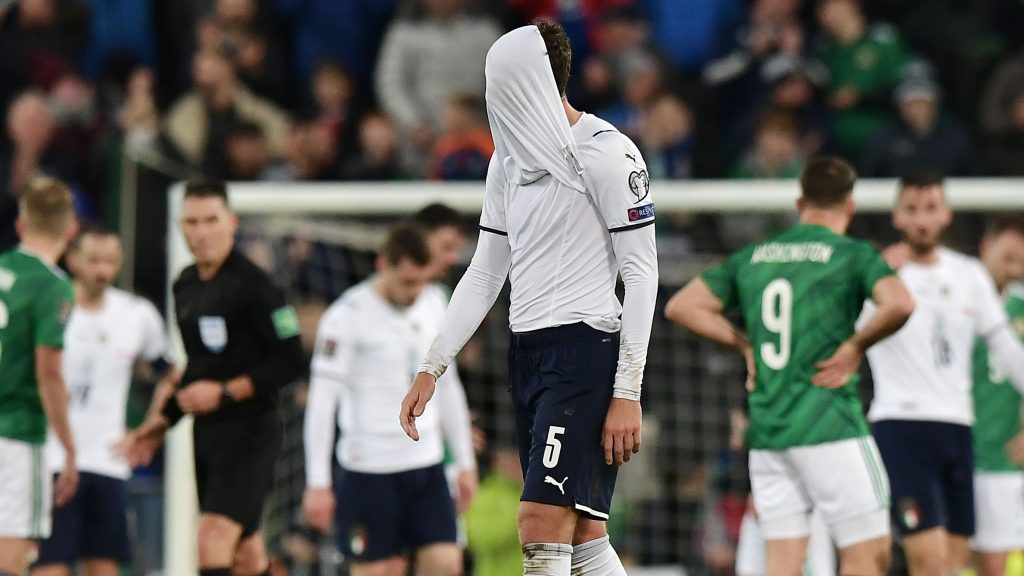 Roberto Mancini’s Euro 2020 champions knew that they needed to match the Swiss’ result against Bulgaria if they wanted to qualify directly for next year’s World Cup in Qatar.

However, their uninspiring stalemate at Windsor Park and Switzerland’s 4-0 win in Lucerne saw Italy give up first place and Group C’s sole guaranteed World Cup 2022 spot at the last.

That leaves Italy in the November 26th draw for the play-offs, from which they famously failed to qualify for the 2018 FIFA World Cup after a miserable aggregate defeat to Sweden.

Northern Ireland maintained their record of not conceding a goal at home in its UEFA qualifying campaign with a dogged performance in front of a passionate home crowd.