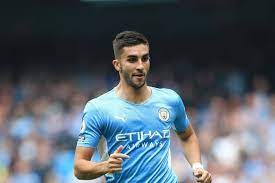 Barcelona are chasing Ferran Torres and the Spaniard wants to leave Manchester City, but the deal is complicated and will not be resolved in January. Matthew Alemany and Ferran Reverter were sent to Manchester to negotiate a loan move to Camp Nou in January but to no avail.

Manchester City does not want to lend him, and a loan with a loan option will not happen if LaLiga rules are given. Man City have not yet fully released the deal, but it will be a direct sale and will have to wait until the summer.

It remains to be seen whether Barcelona will be able to make a deal, with Pep Guardiola’s side demanding at least 70 million euros for Ferran.

Guardiola has opened the door for his departure if he wishes to go to Barcelona, ​​as there is already an agreement between him and the Spanish club.

Manchester City will not let him go cheap, anywhere, and negotiations are yet to come.

With Sergio Aguero likely to retire due to heart problems, and Luuk de Jong is expected to leave in January, Barcelona desperately needs an attack.