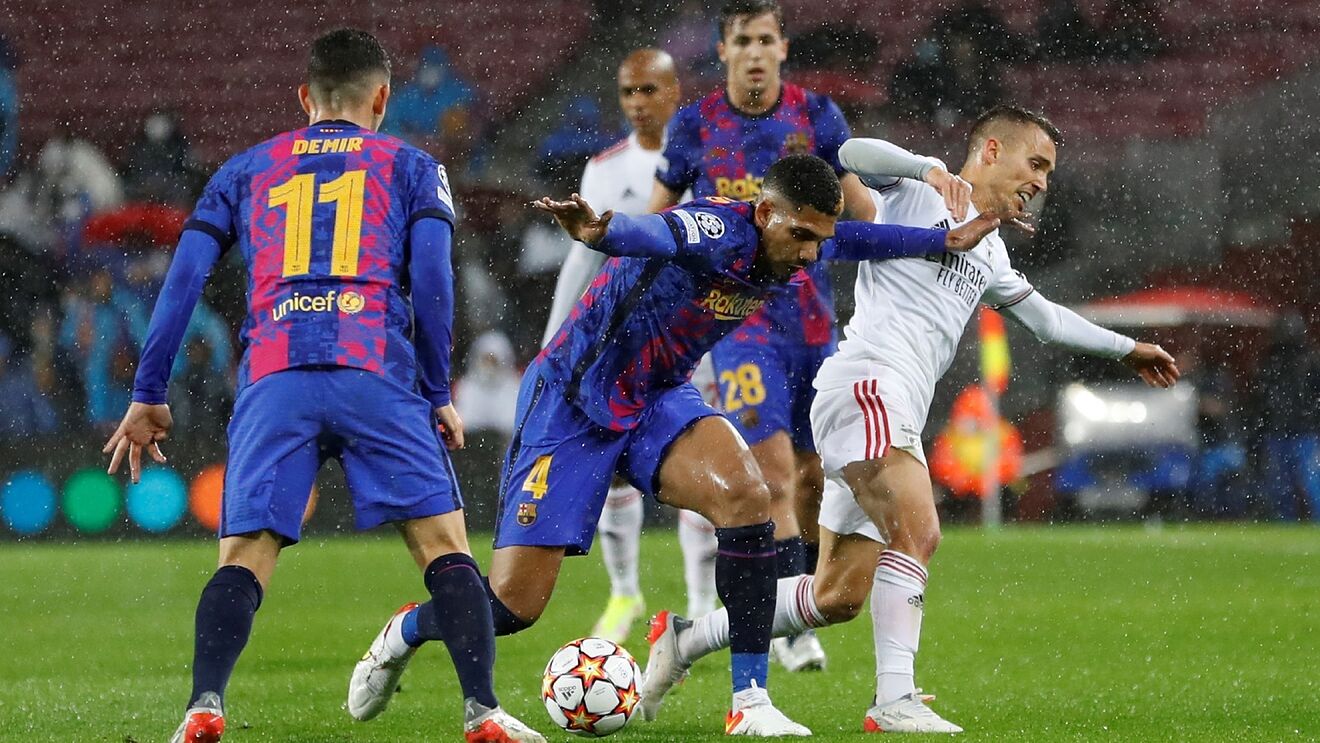 Barcelona’s hopes of advancing to Group E of the 2021/22 UEFA Champions League are slim after a 0-0 draw with Benfica on Tuesday night at the Camp Nou. Although the Catalans are second in the group with two points ahead of the Portuguese club, Barcelona now have to travel to Munich to face arch-rivals Bayern on the final day of the match, while Benfica will face Dynamo Kyiv.

Xavi went with the XI who first saw Yusuf Demir start at the top of the pitch, while Clement Lenglet was given the opportunity to play midfield back with Gerard Pique. Barcelona initially solidified and had three chances in the first half, including efforts from both Demir and Jordi Alba who were overwhelmed by the Odisseas.

Barcelona goalkeeper Marc-Andre Ter Stegen also had to be on his toes to deny Roman Yaremchuk later in the half, followed by a fierce effort from Demir who left the crossbar.

The rain was heavy as the game progressed to the second half when Memphis Depay had his first chance of the second half to break through but was ruled out by Benfica defender Nicolas Otamendi.

Ousmane Dembele was brought in for Demir to provoke an attack in the middle of the second half and almost scored on a floating cross to Frankie de Jong, who hit the head over the crossbar by Odisseas.

Shortly after Ronald Araujo’s volley was canceled due to offside, Sergino Dest and Eric Garcia were sent off for Lenglet and Araujo, as Barcelona conceded one last goal.

Dembele’s effort had to be removed from the goal line, while Gerard Pique’s stopper went head-to-head. However, it was Benfica’s break to score, with only Haris Seferovic scoring just Ter Stegen.

Finally, Barcelona is left to take advantage of the missed opportunities and face a difficult final trip to Germany.