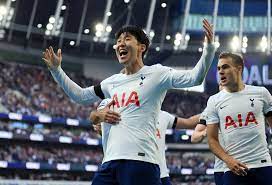 Antonio Conte’s first game for Tottenham had five goals in the first half, 3 red cards, and a challenge for the London club. Tottenham held on for a 3-2 home win over Vitesse Arnhem in the Europa Conference League on Thursday after almost conceding three goals in Conte’s first game. The Italian midfielder has been named Spurs’ new manager following the sacking of Nuno Espirito Santo on Monday.

Antonio Conte appeared to have already given Tottenham the much-needed spark as his side led 3-0 after just 28 minutes, but Vitesse pulled 2 goals back before the break. Tottenham then sent defender Cristian Romero to a red card in 59 minutes and were under pressure until Vitesse issued 2 red-card players in the last 10 minutes.

Son Heung-min, who scored the first goal of the reigns of Jose Mourinho and Nuno, did the same for Conte in the 14th minute before Lucas Moura and Jacob Rasmussen’s goal appeared to dominate the management completely.