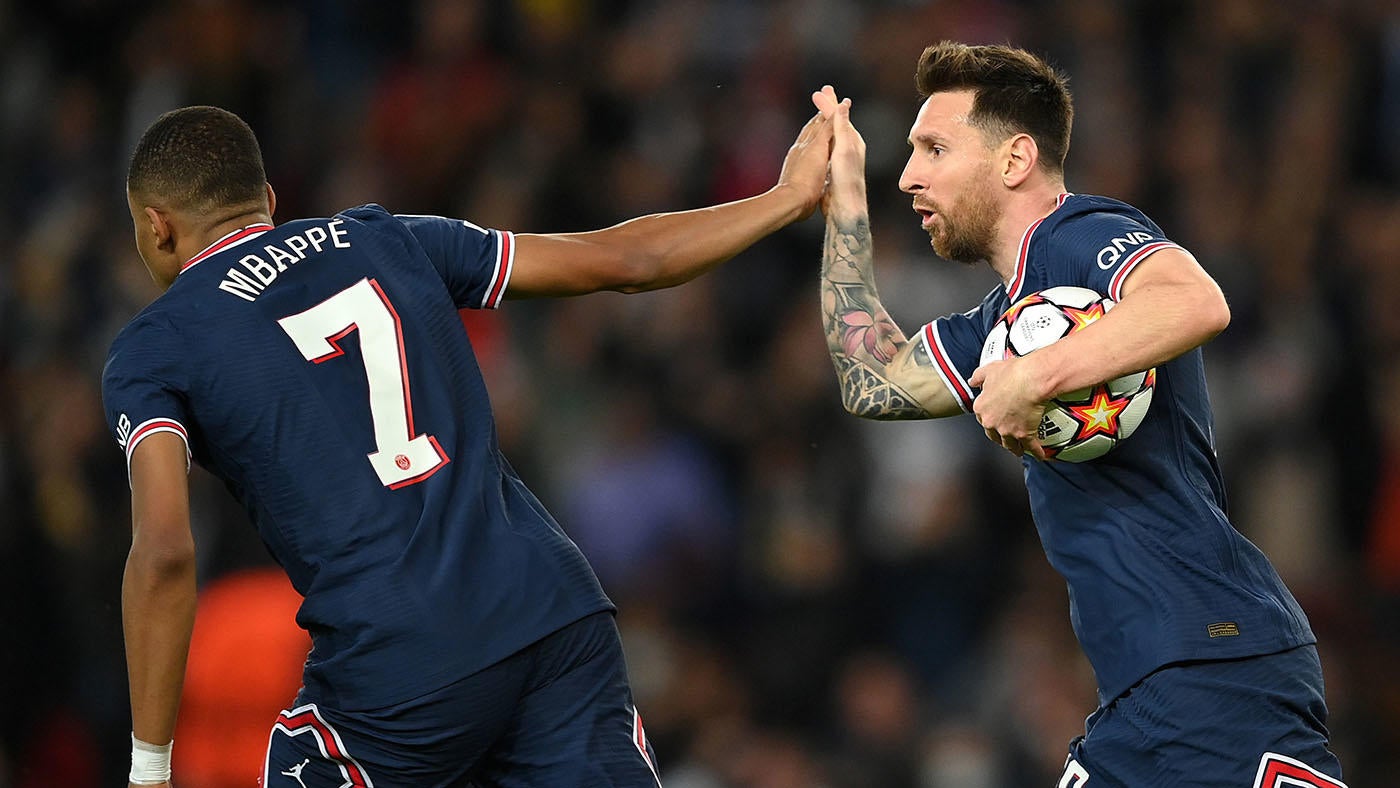 A second-half Leo Messi brace helped Paris Saint-Germain come back from 2-1 down to secure a 3-2 victory over a spirited RB Leipzig side on Tuesday night.

The victory moved PSG back to the top of UEFA Champions League Group A after 3 games, with Mauricio Pochettino’s charges one point clear of Manchester City in second.

The home side survived an early scare when Christopher Nkunku burst through on goal and laid off Konrad Laimer, only for the goal-shy midfielder to fluff his finish.

Within 10 minutes Leipzig were made to pay for their wastefulness when PSG cut them open with a free-flowing counter-attack which was eventually finished by Kylian Mbappe.

As the first half progressed RB Leipzig grew into the game with Andre Silva hitting the woodwork with a half-volley just before the half-hour mark. Minutes later Silva did score, arriving at the back post to slide home Angelino’s cross.

After the break RB Leipzig took the lead with Angelino again providing A super assist, this time crossing for Nordi Mukiele to score.

With 66 minutes on the clock PSG – who started the 2nd period horrendously – found an equaliser with Kylian Mbappe and Leo Messi combining to level up the scores. The Frenchman pulled it back perfectly and after having his first effort saved, La Pulga tapped in the rebound.

Soon after, Mbappe was brought down in the box by Mohamed Simakan and Leo Messi netted again with a delicious Panenka spot-kick that made Gulacsi look very silly indeed.

After this Leipzig threw on attacking reinforcements in an attempt to salvage something, but PSG held on to secure all 3 points. In the dying embers Mbappe spurned an opportunity to make it 4-2, blazing his own penalty over after Leo Messi has ceded a chance to seal his hat-trick for PSG.