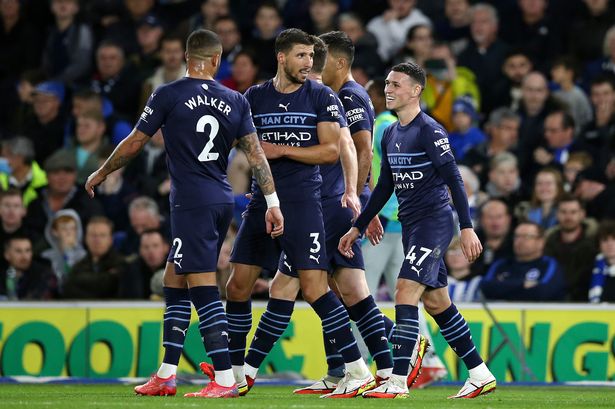 Phil Foden is a star on the south coast as he scored two goals in Manchester City’s 4-1 win over Brighton on Saturday, taking Premier League champions two points to leaders Chelsea.

Pep Guardiola’s side have been playing close to their bosses with embarrassing freedom at times and pressuring the Seagulls whenever they don’t have the ball, yet they had to hold on to pressure as Graham Potter’s side pushed in the second half.

It was Ilkay Gundogan who opened the scoring, benefiting from Robert Sanchez’s clanger to put the bag in, before Phil Foden closed twice in less than three minutes to end the race successfully for more than half an hour of play.

Brighton made a comeback in the second half and they got their reward when Ederson brought down substitute Enock Mwepu, allowing a substitute for Alexis Mac Allister to curl up a penalty to reduce the shortfall. That, however, was as good as it got from the hosts, with Riyad Mahrez putting the glitter on the poles as he wrapped up his team’s fourth-quarter at the time of injury.