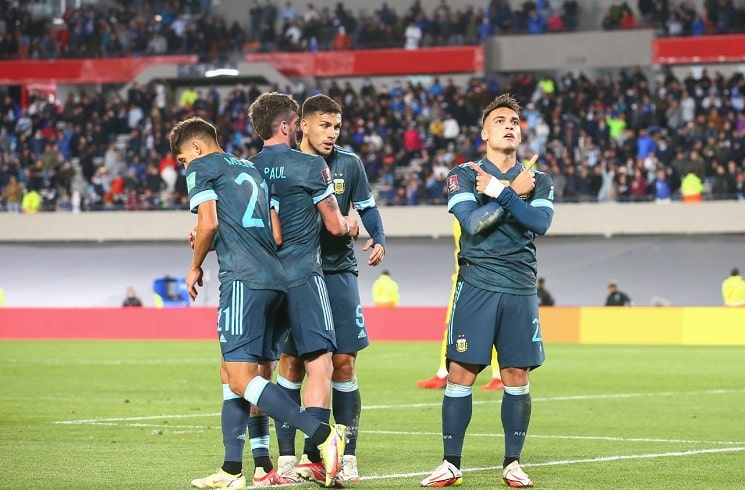 Lautaro Martinez scored Argentina’s 1-0 win over Peru and has not lost in the last 25 games.

Lautaro Martinez made it 2 goals in 2 games in October in Argentina as his late first-half goal gave Argentina full three points. Lionel Scaloni’s side created many chances in the first half but failed to find the back of the net. It was another man played by De Paul while playing for Nahuel Molina and his ball found Lautaro Martinez scoring a fine header to give Argentina a 1-0 lead.

Argentina saw a lot of football in the 2nd half but Peru was threatened and a mistake from Emiliano Martinez inside the penalty area gave Peru a penalty. Yoshimar Yotun took the Peruvian penalty when his attempt hit a crossbar came out while Emiliano Martinez jumped in the right direction.

Lionel Scaloni made two changes with Nicolas Gonzalez replacing Di Maria and Guido Rodriguez in place of Leandro Paredes. Gonzalez had a chance as he ran towards the backline of Peru but his effort resulted in a corner.

Guido Rodriguez headed home in the second half but it was denied a mistake. Scaloni made two other changes as Joaquin Correa replaced Lautaro Martinez and Gio Lo Celso’s Exequiel Palacios.