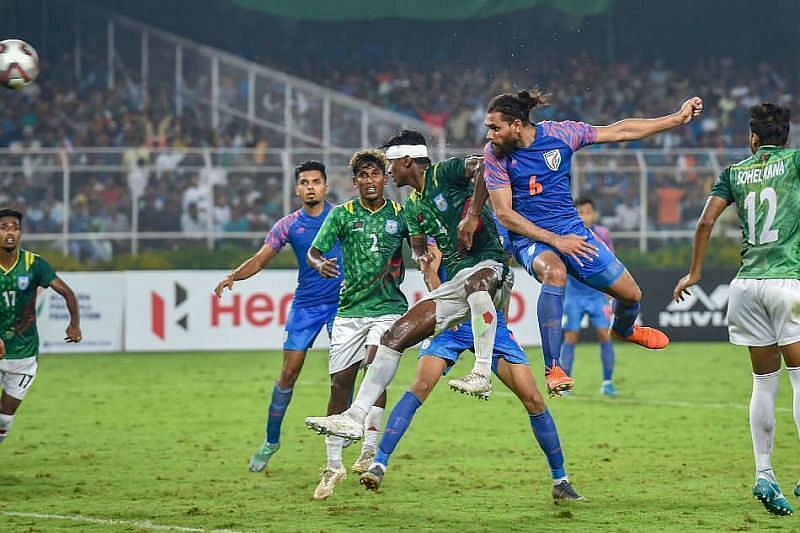 Bangladesh boss Oscar Brujon made two changes from the previous match to set up the XI. Matin Mia replaces Right winger Jewel Rana with Saad Uddin and Suman Reza. But the formation was 4-1-4-1 as in the previous match. It was sad to score a goal in the first half. But at the end of the day, they left the field with the joy of watching great football.

The Indian captain Sunil scored in the 26th minute of the game to take the lead 1-0. However, Bangladesh, which has become a 10-man squad, returned to time with a goal from Yasin Arafat. Yasin equalized for the team with a superb goal in the 74th minute of the match.

India are a record seven-time champion in Saff football Championship. Bangladesh have won there only once. India is far ahead of Bangladesh in the rankings as well.

Jamal Bhuiyan’s side earlier won the opening match of the Saf Championship 0-1 against Sri Lanka on Friday.